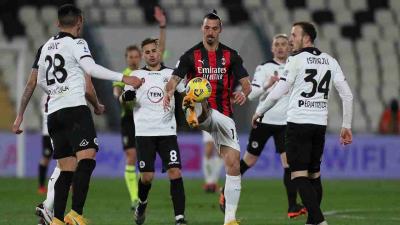 MILAN - In the latest round of Series A fixtures, AC Milan’s 2-0 defeat to Spezia on Saturday gave Inter the chance to steal their place at the top of the table, which they did with a 3-1 victory over Lazio.

The newly promoted Spezia, currently sitting 13th in the league, beat the league leaders with a dominant display which saw Milan register zero shots on target, to Spezia’s five. It was only Milan’s third league defeat this season - however these three losses have all come in their last seven matches, as they have seen their strong lead slowly slip away.

On Sunday, their neighbours Inter beat Lazio 3-1 to take the series lead. Two goals for Romelu Lukaku equalled Ronaldo’s tally of 16 goals so far this season, with the Belgian also assisting Lautaro Martinez for Inter’s third goal. Lazio, however, did play very well, seeing a majority of the possession and attacking threats, and were unlucky on quite a few occasions not to capitalise on the pressure.

The two Milan teams will face each other on Sunday in what will no doubt be an important game for both teams, and possible a title decider, though we are only just past the halfway mark of the season. AC Milan won their previous league match, though Inter saw victory in their Coppa Italia clash in January.

In Rome on Sunday, Roma managed a 3-0 victory over the 14th place Udinese. An early goal for Jordan Veretout was followed by a penalty in the 25th minute, also converted by the Frenchman, with the Spaniard Pedro sealing the victory with a goal in the 93rd minute.

The battle for Champions League and Europa League places is incredibly close, with only three points separating Roma in third and their rivals Lazio in seventh. 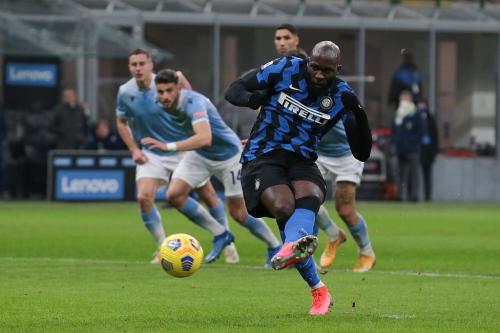