Berlusconi bed-bound in clinic after fall 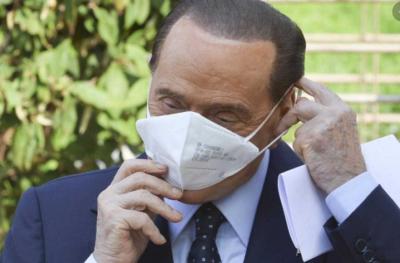 ROME - Silvio Berlusconi fell over at home, on Wednesday evening, with news arriving directly from Forza Italia that: “he had gone to the ‘La Madonnina’ clinic to get himself properly examined [including getting X-rayed] and where he had spent the night. He was discharged in the morning and is at home, working, to vote remotely for the European Parliament. The accidental fall has resulted in his hip being bruised.”

The leader of Forza Italia and ex-prime minister was at Villa Grande, his “Roman residence”, having met Mario Draghi on Tuesday to discuss the formation of the next government. Although the 84-year-old managed to recover from Covid, he has since been suffering from heart problems. His lawyers, from September to January, have ensured, having pleaded on eight occassions, that the court hearings be postponed  on the basis of health reasons.

On Wednesday, at Villa Grande, Berlusconi received Matteo Salvini, the leader of the League. However, due to the accident he had to go back to Milan.