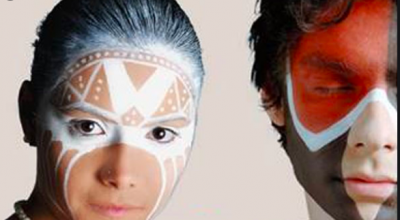 “TRIBES, the last breath on earth”

PARMA - From Feb. 10 - April 30, the Parma Museum of Chinese Art and Ethnography will be exhibiting its newest collection entitled: “TRIBES, the last breath on earth.”

Arturo Delle Donne, the exhibit’s photographer, has said that he loves “to examine cultural diversity, a diversity that slowly and silently disappears.” The Museum of the Xaverian missionaries has long been interested in displaying various cultures, untouched by modern technology, so with the help of Delle Donne’s 13 big portraits, this is now able to be achieved.

Through this display, one is better able to comprehend the social heritage of tribal members. By observing the drawings on their skin, valuable information can be gathered, such as their social rank or even their desire to attack the enemy. The exhibition will encourage viewers to closely observe the body language of those who have been depicted.

Delle Donne has decided to adopt tribal stylistic features whilst simultaneously looking at the faces of Western populations in their daily surroundings. Indeed, he has explained how he “used a typical fashion style of photography to emphasise the analogy between dressing for the Western world and wearing makeup for indigenous populations.”

The director of this Museum of Chinese Art, Father Alfredo Turco, has revealed that Delle Donne’s work will be placed next to the exhibition entitled “Mode nel mondo”, as “evidence of our century-old mission to preserve and enhance non-European cultures.”

Chiara Allegri, the Museum’s deputy director and curator of the exhibition, has noted that “in Western society ancient practices [such as body piercing and body painting] are being discovered and made their own without knowing their origins. Tattoos and piercings are heirs of ‘ancient words’.”