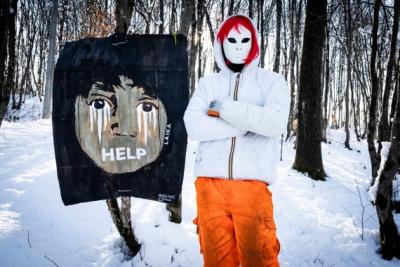 Laika with one of her posters

BIHAC - The Italian street artist Laika has unveiled a series of posters on the Croatian - Bosnian border speaking out against the conditions of the migrants held there, and the inaction of the EU.

The four artworks have been placed in Bosnian migrant camps at Lipa and Miral, at makeshift migrant shelters around Bihac and Velika Kladusa, and in the forests around the border where they attempt the crossing.

The artist, named after the first dog in space, has said, “I wanted to see with my own eyes the conditions of thousands of people stranded at the gates of Europe. Cold, lack of food, water, and police brutality is what you find when you attempt to enter Croatia. This is the terrible routine of migrants on the Balkan route.”

She continued, “There is nothing human about this sort of life. I have met people stuck in this hell for years, who have kept on fighting for their own future as well as their family’s. These are women and men who come from the most diverse regions on the planet, whose stories must be told.”

The artworks are addressed to the European Union and seek to make a few straightforward demands - to welcome these people into Europe and guarantee them human living conditions, to put an end to the violence inflicted by these European countries on their own citizens and to break up human trafficking networks.

"European citizens cannot accept that such human rights violations take place deliberately. Allowing this to happen means being accomplices in a violence that does not have a place among EU values. A strong stand would heal those painful scars. Remaining silent, however, turns us into accomplices. My posters are dedicated to them. To migrants, for migrants, posted in migrants’ places.”

The Rome based artist concluded by saying, “I hope my actions can give a voice to the people I met. Life is not a game.” 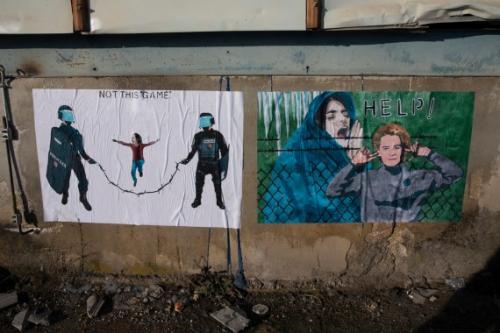 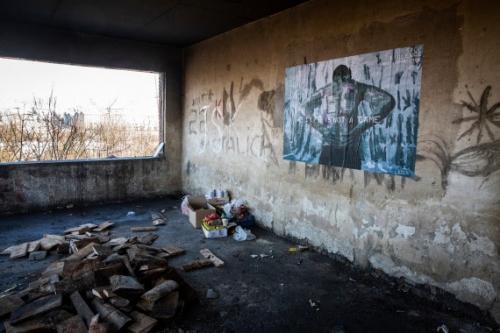