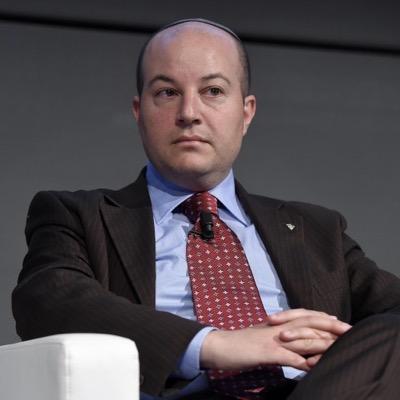 ROME - There is “a new vibe within the Israeli Arab population”, and indeed in much of the Middle East, according to the Chair of the Jewish Economic Forum Jonathan Pacifici, with a culture of increasing cooperation and friendship in areas that for a very long time have been consumed by conflict.

Pacifici, the venture capitalist, entrepreneur and General Partner of Sixth Millennium Venture Partners, said during an online forum hosted on Monday night by the Euro-Gulf Information Centre (EGIC) that people living in Israel, both the Jewish and Arab populations, want change, and are ready to put aside their differences. He even predicted that in Israel’s upcoming political elections, their fourth in two years, Likud, Benjamin Netanyahu’s party, will get a much greater support of the Arab vote, with people calling for some much needed stability within government.

Pacifici also discussed the success of Israel’s vaccination programme, which in three months will have covered the entire population, and has already seen 70 per cent of over 60s receive two jabs, according to Israel’s health ministry. The country of nine million people is currently vaccinating 200,000 people a day, including those under 18, in the hopes that school children will be able to sit exams by summer.

He attributed this success to the Israeli healthcare system’s emphasis on data, which Pacifici called “the new oil of our century.” Every Israeli citizen is registered in the national healthcare system and to whichever doctor or hospital one goes, the data follows them. Israel were one of the first countries to contact vaccine manufacturers such as Pfizer and Moderna, and promised these companies access to the huge amount of healthcare data they keep on their citizens, as a kind of huge vaccination case study, in exchange for early access to the vaccine.

Though the constant elections in recent years is clearly the sign of problems within the Israeli political system, Pacifici did in part attribute the success of the vaccination programme to the ability of the unicameral government to make decisions very quickly, a skill the Italian government, according to Pacifici, hasn’t mastered, with the constant bouncing back and forth of bills between the two chambers.

Israel’s bank of data on its citizens has received some criticism from the West as an invasion of privacy. Pacifici put this down to a “European mindset” that is more concerned with the State having access to personal data than large companies such as Facebook and Google that aim to exploit our data for financial gain. Pacifici criticised these western worries, arguing that the State only want this data to track the spread of a pandemic and to fight against terrorist activity - companies like Pfizer and Moderna don’t care about our personal lives.

Addressing the arguments that countries with advanced vaccination programmes, such as Israel and the UK, should slow down their own programmes to help developing countries with access to the vaccine, Pacifici said that it is “pointless” to vaccinate just 5 per cent of a country. The only way that a vaccine is useful is if the majority of a country can become immune.

Pacifici also described what he called a “cultural revolution” currently underway in the Middle East, with the vaccination programme a sign of the great things to come. Pacifici attributed to the Abraham Accords and transnational companies, among other things, what he called a “clusterisation of economies”, bringing countries in the area closer together. The Amazon UAE headquarters also serves Israel, and Google are currently planning a fibre optic cable linking Europe and Asia that will run through many of the countries in the Middle East.

Pacifici mentioned a historic meeting that took place last November between between Benjamin Netanyahu and Saudi Crown Prince Mohammed bin Salman, an event that he thought marked a “new dawn of the region, centred in technology, development and investment.” Pacifici was emphatic of the increase in business and technological investment that is going on in the Middle East, and which he believes can be the catalyst to bring the region unity and global strength. He argued that Israel by itself is only a small market, but combined with its neighbours, can be a global force in development and investment.