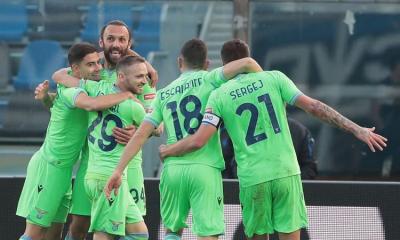 ROME - Lazio managed to steal sixth place from Atalanta after beating them 3-1 on Sunday, while a victory for each of the top five teams brings no other changes in the Serie A title race.

At the Gewiss Stadium in Bergamo Atalanta seemed uninspired, conceding the first goal after only two minutes, a wonderful strike from the Montenegrin Adam Marusic from outside the area into the top corner. Lazio’s second goal came after Argentina’s Joaquin Correa found himself one on one with the keeper, managing to dribble round him with ease. Mario Pasalic managed to get one back for Atalanta in the 79th minute, but the Kosovan Vedat Muqiri’s goal three minutes later sealed the match for Lazio.

This match comes as payback for Lazio after losing to Atalanta 3-2 in the Coppa Italia last week, and may have the added sweetness for Lazio of ending Atalanta’s 14 match unbeaten streak.

Elsewhere in Serie A over the weekend, AC Milan beat Bologna 2-1, with both of Milan’s goals coming from penalties, though the first was scored on the rebound after Zlatan Ibrahimovic’s penalty was saved.

Juventus beat Sampdoria 2-0, and Inter managed to get four past Benevento, including two for the Belgian Romelu Lukaku. Napoli beat Parmo 2-0, with goals from Matteo Politano and Macedonia’s Elif Elmas, and Roma beat Verona 3-1 at home, with three goals in nine minutes in the first half.