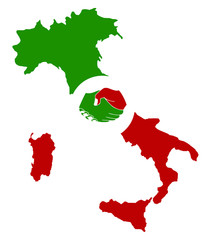 NAPLES - I am a “son of the South”, a businessman, alas, uncontrollably devoted to the “reasons” and the sentiments of culture, of poetry and patronage, that, despite ostracism and prejudice, as a committed and stubborn southerner, wanted to found the group Sidelmed S.p.a, becoming its president. A business working throughout all of Italy, that gives work to so many professionals and that is being continuously updated through a research and study group. And of this I am proud and pleased.

I cannot resign myself to the unacceptable divide between North and South. We know it well, it is not something new. When the Banco di Napoli was “robbed”, the ruling class were left helpless. The South is still looking for a modern and enlightened governance, dynamic and concrete, together with the ancient need for capital and investment. The courage to make radical choices!

It is clear that the South, to begin with, must increase its production. It must take advantage, as much as possible, of its central positions in the Mediterranean, between Suez and Gibraltar, allowing for the whole country to redevelop and “reposition” as a true oceanic platform for economic development.

The South must then generate new employment, abandoning definitively the logic of a permanent job, moving in the meantime towards a greater spread of “VAT numbers”, with the use of economic and structural policies that can make it ever more alive and active.

The North/South question has ancient, and controversial, origins, due in part to implications of ideologies, especially of justice. The unification - for me a bitter pill - happened in fact with too much haste, without giving time for a national identity to really establish itself everywhere. In particular, I believe that the South has suffered from the strict control of the central government, with its real colonial attitude: strategic policies since then have in fact determined a real and proper rift between North and South, whose fragility and weaknesses have constantly, and regularly been reimposed, unchanging and crippling, so far.

Federalism, autonomy, the serpentine desire to increase the distance between North and South, have in fact laid the foundations for an ever greater and more decisive fragmenting of the country.

There is no need, then, to advertise the autonomy of the regions. It is not enough to use beautiful words to convince us that Italy can advance. The numbers are the truth.

In Italy, we reflect, discuss and argue… without solutions to make the country competitive. We are stuck. Or we move with the speed of an elephant, while the nations around us become strong and advance unperturbed.

It is for this reason I feel I cannot remain helpless, I must try to contribute to the change by at least giving some input in making this all-Italian way of governing less harmful and reckless. We must reflect on a few crucial questions. We must being to change register; banning verbal abuse, opposition and discrimination; we must all try to love each other throughout Italy.

As a professional and entrepreneur who has always worked without ever asking for any contribution from the State, I don’t believe myself to be inferior to any colleague from the North, considering myself as good as anyone, even from the North, where I have worked and still do, with considerable satisfaction. I was born, raised and founded many companies in the family home, where today there is the legal and administrative headquarters of one of my companies, and from where I could never completely detach myself. Here, and in all of the South, I believe we can, and must, do more. But alongside the State, sound development policies and with the supervision and control of the territory, to reduce the problems of legality and to make the ability to undertake this task truly and totally free. 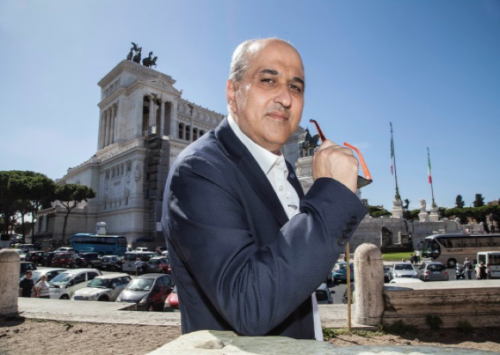