Milan and Inter head into derby with something to prove 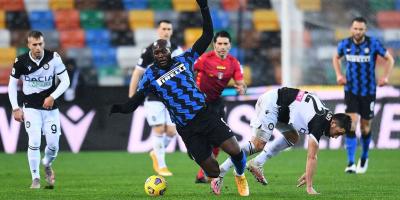 Lukaku fails to score in a frustrating match against Udinese

MILAN - Both AC Milan and Inter Milan head into the Milan derby in the quarter finals of the Coppa Italia on the back of disappointing results in this weekend’s round of Serie A fixtures.

Milan, currently first in Serie A, lost 3-0 on Saturday to the now fifth-placed Atalanta, closing the gap in between the top teams. Atalanta’s dominant performance left very few chances for Milan, with the home team having only three shots on target to Atalanta’s ten.

The Argentinian defender Romero opened the scoring for Atalanta with a headed goal from a corner, with Slovenia’s Ilicic adding a second from the penalty spot and the Colombian Zapata scoring the third. Atalanta’s 36 points is a club record for this point in the season.

Inter, currently sitting second in the league only two points behind their neighbours, could manage only a goalless draw with 14th place Udinese in their match on Saturday. Udinese’s defensive wall kept out a tireless Inter attack, causing much frustration for Inter’s coach, Antonio Conte, who was given a red card and ejected from the pitch for his overzealous complaints to the referee. Udinese have now gone nine matches without a win.

The two Milan teams will face each other in the quarter finals of the Coppa Italia on Tuesday night, with both teams looking to improve on their semi-final defeats last year. AC Milan have only beaten Inter once since 2016, though this victory did come in their most recent meeting.

Stefano Pioli, the Milan coach, said before the match, “we care about the cup, we will do everything to beat Inter.” He continued, “on Saturday we saw that if we don’t maintain a certain level, we risk defeat. It is evident that we need to make an even greater and more determined effort in order to confirm ourselves [as champions].” 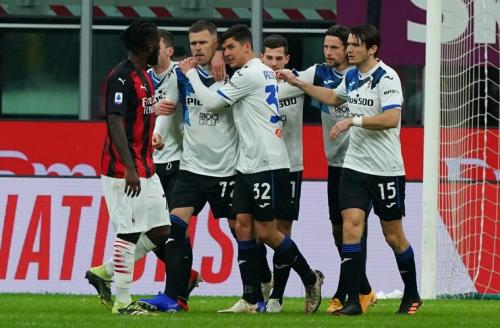 Atalanta celebrate their victory against the current leaders
Sport