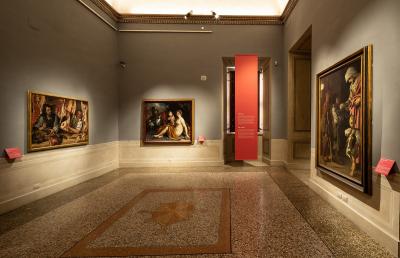 ROME - If Rome and Lazio return to the yellow zone in the next few days, museums could be reopened, even if it would be in effect only a reopening for residents and the local public. Current provisions detail that it is not possible to move between different regions except for reasons of necessity or  to reach your second home. It will be an opportunity to ensure a visit in complete calm and without the slightest crowd, to look at the glass half full.

But anyone who is in Rome at that time, and until February 28, should not miss an original exhibition, currently underway at the museum of the National Galleries of Ancient Art in Palazzo Barberini. Called “The hour of the spectator - how images use us”, the exhibition is masterfully curated by Michele Di Monte and in a path that winds through 25 masterpieces, the exhibition explores the forms of that tacit dialogue that is always established between the work of art and its spectator, as they are elaborated in painting between the sixteenth and eighteenth centuries.

If art is always addressed to an audience, this appeal is never limited to a simple look, but requires more active participation and collaboration. The artists, for their part, have often come up with figurative solutions and inventions to personally involve the viewer in the space and story told by the works, asking him to be a participant accomplice, to play the game of images. Which is a game of allusions, provocations, seductions and irony, thanks to which the observer becomes unexpectedly observed, becomes part of the work and collaborates in the full realisation of its effects and its success.

The aim of the exhibition is to make real viewers experience concretely the ways in which painting does not just present us with something to see, but asks us to reflect on what we look at, how and why.

In addition to some works from the collection of the National Galleries, the exhibition makes use of loans from important museums, among others the National Gallery in London, the Prado Museum in Madrid, the Rijksmuseum in Amsterdam, the Royal Castle in Warsaw, the di Capodimonte in Naples, the Uffizi Gallery in Florence, the Galleria Sabauda in Turin. Flaminia Gennari Santori, director of the Museum, has said this “deepens the knowledge of the works in the collection with a valuable contribution, once again enhancing the exchange policy with other museums, aimed at strengthening the key role played by the Galleries at national and international level.”

In the first, “The Threshold”, windows, frames, curtains and alike invite us to cross the border that separates our world from that of the painting; as happens in the fascinating Girl in a Frame by Rembrandt, coming from the Royal Castle in Warsaw, which seems to await us beyond the image.

This tacit invitation becomes explicit in the next section, “The Appeal”, where works such as the portrait of the poet Giovan Battista Caselli by Sofonisba Anguissola; Venus, Mars and Love by Guercino and La Carità by Bartolomeo Schedoni openly address the viewer and demand his attention.

In the two central sections, “The Indiscreet”; and “The Accomplice”, the observer’s involvement becomes more subtle, allusive, secretive and even embarrassing. The viewer is called to take a stand on what he sees, and which in some cases he should not even see, as in Simon Vouet’s alluring Good Luck, Johann Liss’ seductive Judith and Holofernes, or Andrea’s Noah’s Drunkenness.

On the occasion of the exhibition, a catalogue (Campisano Editore) will be published with essays by the curator and by Giovanni Careri, Claudia Cieri Via, Wolfgang Kemp, Sebastian Schütze. As mentioned, the exhibition will remain closed to the public until the museums reopen, however a dossier of the exhibition and a video story by the curator are available on the Museum’s website. On the social channels, every Friday, the exhibition is told both with narrative posts of the various sections and in-depth analysis of the individual works. 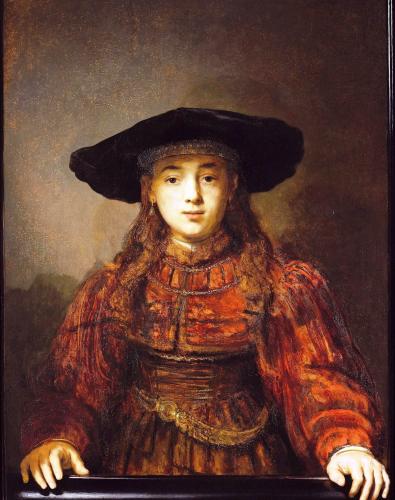