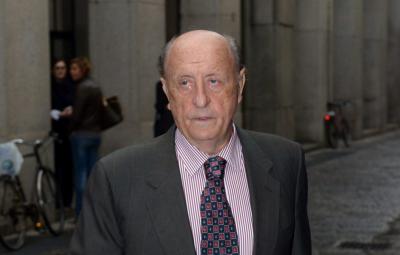 VATICAN CITY - Angelo Caloia, the former President of the Vatican bank, and Gabriele Liuzzo, an attorney, have been found guilty of embezzlement and money laundering by the court of the Vatican, and both sentenced to 8 years and 11 months imprisonment.

The trial, which began in 2018, is one of the products of Pope Francis’ mission to clean up the murky institutions of the Vatican, the target of persistent accusations of corruption. The decision is principally the result of an investigation into their illicit activity by Promontory, a subsidiary group of IBM, in 2014. Lelio Scaletti, the former Director General of the Vatican bank, officially known as the Institute for Religious Works (IOR), was also implicit in the embezzlement, though he died in 2015.

According to the charges, “they had sold, between 2002 and 2007, properties at a price much lower than market value. They had then appropriated the difference, estimated at around 59 million euros, that they had in part laundered in Switzerland, with the help of Liuzzo’s brother.” Lamberto Liuzzo has been sentenced to 5 years and two months for money laundering.

A spokesperson for the Holy See added that, “experts estimated around 34 million euros to be the difference between that collected by the IOR and SGIR [the Roman real estate company] and the market value of the properties.” The 29 properties under investigation are mostly found in Rome, though there are a few in Milan and Genova.

This is the first sentence given by the Vatican court under the presidency of Giuseppe Pignatone, who took over in October 2019. Pignatone thanked everyone involved in the historic proceedings for their commitment to finding the truth in a trial of “notable complexity”. Gian Piero Milano, the Vatican prosecutor, added that the trial was “destined to be remembered in history” as an important day for the “microsystem” that is the Vatican state.

The Vatican bank have said this trial was “an important step that confirms, once again, the commitment in the last few years by the management of the IOR to implement a strong and transparent government in respect of the most rigorous international standards, and the wish of the institution to continue to prosecute, through the use of civil and penal jurisdiction, any wrongdoing committed anywhere and by anyone to the institute’s detriment.” 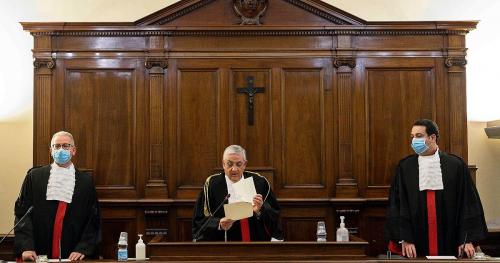