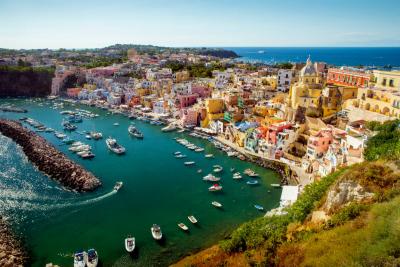 ROME - The island of Procida has been crowned the 2022 Italian City of Culture by the Minister for Cultural Heritage, Activities and Tourism (MiBACT), Dario Franceschini.

Cries of joy erupted from the island’s organising committee after the announcement was broadcast live on Monday morning by the ministry. The other finalists for the title included Ancona, Bari, Cerveteri, L'Aquila, Pieve di Soligo, Taranto, Trapani, Verbania and Volterra.

Procida is a small island off the coast of Naples, with a population of around 11,000. The mayor of Procida, Dino Ambrosino, said about the announcement, “We are honoured, we thank you for this historic opportunity that we will certainly seize, and work hard to make Italy proud of this beautiful choice.”

He continued, “this enormous joy represents the feelings of so many minor villages in Italy. I think that Procida can be consider a metaphor for so many places, so many administrations, so many communities that have rediscovered their enthusiasm and pride for their territory, and that, with this title, want to create an important redemption for their land. We are honoured, and want to congratulate all the other cities whose dossiers we have seen and whose cultural propositions we have studied. Culture, for us and for them, can be an extraordinary trigger for a strategic recovery plan.

Agostino Riitano, director of Procida’s campaign, added that, “it is a historic victory, not only for the island of Procida and for Campania, but for the whole country. At this moment Italy needs a forward looking project that can show that Italy is not only made up of great cities of art, but that the best deposits are in those places that have been considered minor for many years.” He emphasised that Procida’s “is a serious project, a forward looking project. It has an impressive cultural programme, with very strong links to environmental sustainability… Culture cannot be just something that is the prerogative of tourism, but that essentially serves the improvement of our communities.”

Procida will now begin the intricate planning of their cultural programme, which has received the support of over 300 artists, including Toni Servillo, Luisa Ranieri and Gigi D’Alessio. The project also has the support of Federico II University, the Chamber of Commerce and the City of Naples.

The dossier includes 44 cultural projects, 330 days of programming, 240 artists and 40 original works of art, and will incorporate the regeneration of historic parts of the island, such as the Palazzo d’Avalos prison and San Giacomo church. 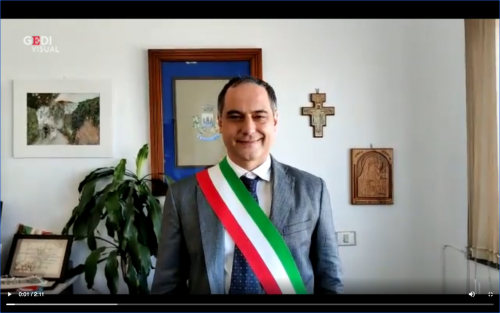