Lazio stun Roma and first Inter win at Juve since 2016 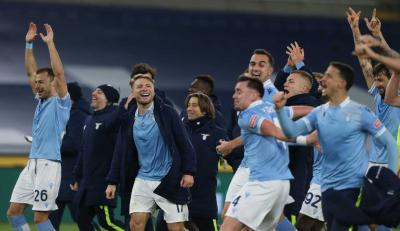 ROME - During the latest weekend of Serie A fixtures, Lazio dominated Roma for a 3-0 victory in the Rome derby and Inter Milan beat Juventus for the first time in eight matches to tie with AC Milan at the top of the table.

A goal from Immobile and two for Spain's Luis Alberto sealed the victory for Lazio on Friday, in a match dominated by three Lazio players, Immobile, Luis Alberto and Lazzari. A mistake by Ibanez in the penalty area led to Lazio’s first goal, with the other two coming from wonderful strikes by Luis Alberto.

In Milan on Sunday, Inter beat Juventus 2-0, with goals from Barella and Chile's Vidal, to bring them level on points with their neighbours AC Milan. However, Milan have a chance to retake the lead with a game still to play against 17th-place Cagliari on Monday. Juventus are now fifth in the table, though with a game in hand, having had their match in October against third-place Napoli postponed due to Covid cases within the Juve camp.

In a poor performance by Juventus, an early goal for Ronaldo was ruled offside before a headed goal in the 12th minute by Vidal, the former Juve player, gave Inter the lead. Barella solidified the lead with a fantastic goal on the counter, seven minutes into the second half.

The other title contenders Napoli beat Fiorentina 6-0 on Sunday, in a very one sided affair that saw goals from Insigne (two), Demme, Lozano, Zielinski and Politano. 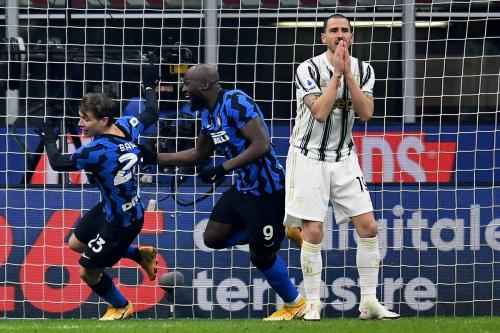