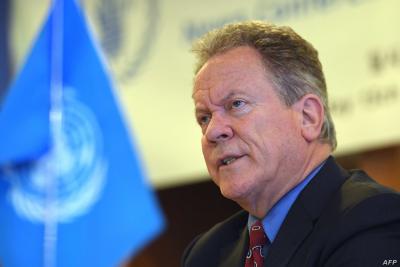 “We’re facing famine in Yemen….there’s 16 million innocent victims of this unnecessary man-made war, struggling to get food every single day. Eleven million are IPC level 3, which means they’re at a crisis level. 5 million are at emergency level and 50,000 are in famine-like conditions.”

He continued, "We’re running out of money as we speak… we need about US$ 860 million just to avert famine. And that’s for six months. We don’t even have half that. That means we’re going to have to cut the rations which we now have, which is 9 million people that we are feeding.”