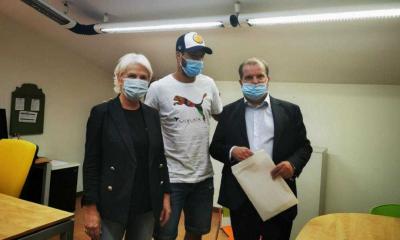 PERUGIA – The rector of the University for Foreigners of Perugia has resigned following an investigation into an Italian citizenship test scandal involving Uruguay striker Luis Suárez, university sources said on Monday.

Giuliana Grego Bolli, who said her decision to resign was made with "deep regret" and "personal suffering," has been suspended from public office for eight months over the rigging of the test, which Suárez sat in September.

During the investigation, the public prosecutor found Suarez had been disclosed the contents of the test prior to the exam “and the result and score of the exam had been predetermined in order to correspond to the requests made by Juventus,” Raffaele Cantone, the prosecutor of Perugia said.

Suárez required Italian citizenship to keep his dream of a Juventus transfer alive. Officials of the Turin-based club have been accused of “accelerating” the process, which would have paved the way for the player to gain EU citizenship, required to secure the transfer.

According to the rules, Serie A football clubs are limited in the number of non-EU (European Union) players they can recruit in one season.