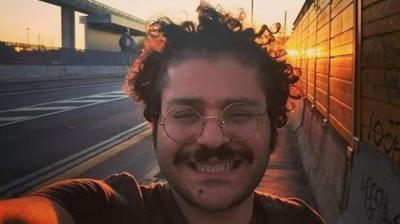 The three – members of the Egyptian Initiative for Personal Rights (EIPR) – including executive director Gasser Abdel-Razek, were arrested last month on charges of “joining a terror group” and “spreading false news,” after hosting foreign diplomats to discuss the human rights situation in Egypt.

It is unclear if their release means the charges against them have been dropped.

“For those of us who have always talked about the release of the ‘four of EIPR’ it is evident that Patrick Zaki has not been been considered,” spokesman for Amnesty International, Riccardo Noury, said. “So, the Egyptian authorities are not angry about what Patrick would have done in Egypt but what he would have done in Italy: that is, nothing.”

“The idea that Patrick has been sleeping on the floor for nine months speaks volumes about the additional suffering that regime of the Egyptian prison generates, in addition to the fact that it is holding an innocent man.”

Among the international voices who have been calling for Zaki’s release is American actress Scarlett Johannson.

In a video released Wednesday, Johnanson had asked for the “immediate release” of the members of the EIPR NGO, including Zaki.

"Making your voice heard in Egypt today is dangerous," the Hollywood star said, referring to them as “human beings wrongly arrested for their work done fighting for the dignity of others.”