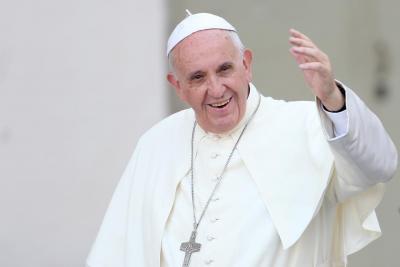 VACTICAN CITY – The ‘invisible enemy’ continues to deal a blow to religious ceremonies, this time forcing the cancellation of a traditional public event in Rome’s historic centre, Vatican sources said.

Pope Francis will not make the Dec. 8 pilgrimage for the blessing of the Madonna statue at the Eternal City’s Spanish Steps on the Feast of the Immaculate Conception, Vatican spokesperson Matteo Bruni said on Monday.

The tradition of laying a wreath of flowers at the base of the statue of the Virgin Mary, which dates back to 1953, usually marks the beginning of Rome’s Christmas season, attracting thousands of tourists.

“Francis will not be venerating the statue this year to avoid any risk of contagion caused by gatherings of people,” Bruni said.

The pope will instead mark the feast day with a private act of devotion, entrusting the city of Rome, its inhabitants and the world’s sick to the Madonna.