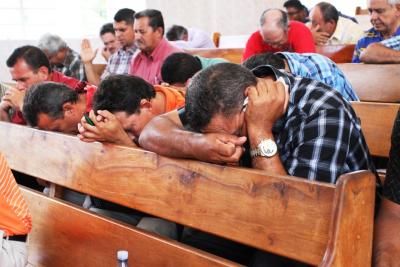 The role of Special Envoy for Freedom of Religion or Belief outside the EU, held by Ján Figeľ from 2016 until Dec. 2019, has remained unfilled for one year.

The European Commission (EC) had cancelled the position on June 15 but was forced to double back on the decision following an outcry. But, despite announcing July 8 that it would renew the mandate, the position is still vacant.

“We are encouraged by the decision to reappoint the Special Envoy for the promotion of freedom of religion or belief outside the EU, but it sends the message that religious freedom is not a priority while it remains unfilled,” Adina Portaru, Senior Counsel for ADF International in Brussels, said. “The victims on the ground are in dire need of a decisive response from the EU. With its Special Envoy, the EU can lead in the international response, and that leadership is needed now more than ever.”

The mandate included the facilitation of dialogue and response plans in countries with some of the most violent religious persecution in the world.

“The Special Envoy has played a crucial role in bringing the horrors of religious persecution to light at the European level,” Robert Clarke, Deputy Director of ADF International, said. “The role has created awareness around some of the worst and most persistent violations of fundamental rights around the world and helped focus EU efforts to counter them.”

In 2019, the Special Envoy helped Asia Bibi safely leave Pakistan after she was acquitted of blasphemy. The Pakistani Christian woman had spent a decade on death row after a dispute with Muslim women over a cup of water.

Of the 198 countries and territories surveyed, the report shows 56 face “high” or “very high” levels of government restriction, the highest since the study began in 2007.

“Nobody should be persecuted because of their faith. Religious persecution is on the rise with many denied their right to freely live out their faith. For some this means social segregation while for others this can mean arbitrary imprisonment, torture, and even death,” Portaru said. “For example, during the COVID-19 crisis, religious minorities in some regions have been denied basic aid and food simply because of their faith.