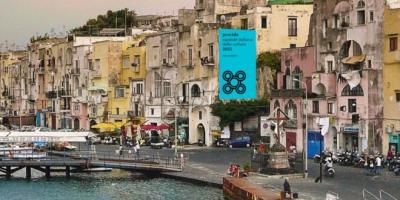 PROCIDA – The sun-drenched island of Procida nestling in the bay of Naples has been shortlisted to be Italian capital of culture in 2022 together with nine towns and cities ranging from Ancona in the Marche to Trapani in Sicily and Taranto in Apulia, the jury has announced.

Also competing with the idyllic island on the short list of 10 are the port city of Bari, also from Apulia, L’Aquila, the earthquake stricken capital of Abruzzo region, the Etruscan town of Volterra and Verbania as well as Pieve di Soligo. The 10 finalists will present a dossier to the judges at a public selection hearing Jan. 14 and 15 with a final decision due later in January that will be officially announced by the Minister for Cultural Heritage Dario Franceschini.

Procida’s mayor Dino Ambrosino said “we are proud because with this candidature Procida will try to represent all the small islands (in Italy) and the Flegrean area. The sea has never been an obstacle for us but is instead the connection that we have with all the Mediterranean.”

The Director of Procida’s candidature team, Agostino Riitano, who previously was project manager supervising Matera’s period as capital of culture, said “we have elaborated a project that involved the whole Procida community, artists, italian and international intellectuals, generating a vision of society dedicated to welcoming people, inclusion, culture, art, the environment and landscape.”