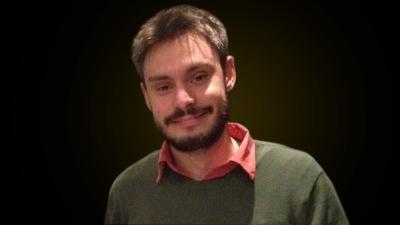 ROME – Almost four years after his body was found in a ditch by the side of a Cairo highway, two witnesses have revealed they saw Egyptian security agents kidnap Italian Ph.D. student Giulio Regeni, judicial sources said on Friday.

As the investigation into the death of Regeni wraps up, witnesses told Rome prosecutors they saw the Cambridge University researcher – in Egypt working on a doctoral thesis – in two different barracks following the kidnapping: first near the Dokki subway; and later, in a barracks where foreign citizens were usually taken.

The testimony corroborates the allegation the Egyptian government was aware of Regeni’s disappearance, torture and death, and casts doubt over Interior Minister Magdy Abdel Ghaffar’s claim, a few days after Regeni’s body was found, that the ministry did not know the researcher and had no knowledge of what had happened.

According to The Times, the five Egyptian officials suspected of involvement in Regeni’s murder are likely to face trial in Italy.

A police report from the ROS Carabinieri (Special Operational Group) and SCO police (Central Operational Service), filed in the Rome investigation, which is set to conclude on Dec. 4, said the head of Egypt’s independent union for street vendors, Mohamed Abdallah, reported Regeni’s activities to authorities in Oct. 2015.

Abdallah suspected the student was spying.

“From that moment the trade unionist begins to report all he knows about Giulio’s life to Major Sharif,” the report reads.

Regeni, 28, who was in Cairo conducting research on the independent trade unions of street venders, a politically sensitive issue for the Egyptian government, went missing on Jan. 25, 2016. His mutilated body was found dumped by the Cairo-Alexandria highway nine days later, on Feb. 3, 2016.

An autopsy report showed signs of extreme torture, with injuries including broken arms, legs, toes and neck, stab wounds across the body – as well as the soles of the feet - and extensive cigarette burns.

His body had been so badly tortured that his mother said she only recognized him by the tip of his nose.

Earlier this year Amnesty International echoed widespread concerns “that the authorities themselves were responsible for his killing,” and called on Egyptian authorities to conduct an inquiry.

“The abject failure of the Egyptian authorities to effectively investigate Giulio’s brutal murder is shocking but not surprising,” Debora Singer, Amnesty International UK’s Egypt Country Coordinator, said. “The Egyptian authorities must conduct a full inquiry and finally bring the perpetrators of Giulio’s abduction and killing to justice.”

Despite repeated assurances of cooperation, Egypt has continually hampered the efforts of investigators with repeated denials the officials were involved in the murder.

In March 2016, the Egyptian Interior Ministry wrote on its official Facebook page that Egyptian police had killed those responsible for Regeni’s death, identifying them as a criminal gang specialized in posing as police officers, kidnapping foreigners and stealing their money.

Among other details that did not add up, it turned out that at the time of Regeni’s disappearance, the head of the gang was more than 100 kilometres from the kidnap location.