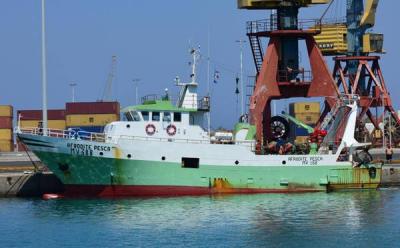 “We work diligently for the liberation of Italian fishermen. Even today my collaborators were talking about it with the Benghazi officials,” Vice-President of the Libyan Presidential Council Ahmed Maitig told Corriere della Sera last month. “I think the direction is that of the exchange with Libyan footballers sentenced to prison in Italy.”

The 18 fishermen – eight Italians and 10 Tunisians, Senegalese and Indonesians – were kidnapped Sept. 1 by General Haftar’s forces for ‘illegal fishing’ in territorial waters the regime claims sovereignty over.

The ‘Antartide’ and ‘Medinea’ fishing vessels were seized 35 miles north of Benghazi and brought to the eastern Libyan city.

Haftar had reportedly ordered his navy not to release the Italian fishermen unless four Libyan footballers imprisoned in Italy were freed. In 2015, a Sicilian Court had sentenced the Libyan prisoners to 30 years in jail for people smuggling that resulted in the deaths of 49 migrants.