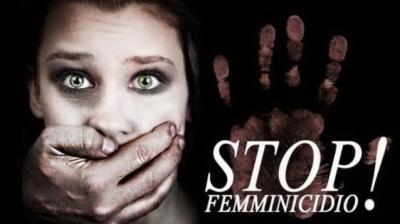 ROME – One woman is murdered every three days in Italy, and the Covid lockdown has worsened the violence, the latest data from research agency Eures reveals.

In the first 10 months of 2020, 91 women have been victims of homicide, according to the report on femicide in Italy, released Tuesday ahead of the UN International Elimination of Violence Against Women, held annually on Nov. 25.

This equates to one woman killed every three days, but the figures show a slight decline compared to the 99 victims for the same period last year.

In the last 10 months, the number of women killed at the hands of intimate partners remained steady at 56, while the number killed by neighbours increased from zero to four.

Making matters worse this year was the Covid lockdown, which meant there was no escape from an abusive partner.

The report described the lockdown as an “accelerator” of femicide, with domestic murders equating to 80.8 per cent of the total during the three-month lockdown.

Intimate partner relationships continue to pose the highest risk for women, with 1,628 victims among spouses, partners, lovers or ex-partners in the last two decades.

This accounts for 66.2 per cent of domestic femicides and 61.5 per cent of the total women killed.