Gowns of Italian cinema among costumes on show at Finnish exhibition 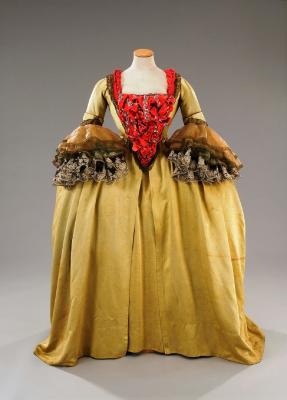 MANTTA, Finland– A rare exhibition Glamour – Famous Gowns of the Silver Screen is open at Serlachius Museums since Finland on 26 September. It presents the Italian company Tirelli Costumi’s costumes for world-famous classic motion pictures. The exhibition is curated by visual artist Hannu Palosuo, opera director Italo Nunziata, and Cornelia Bujin, lecturer in fashion and design at the University of Rome.

The curators have selected costumes of famous designers that were eternalised by legendary films. The exhibition is essentially a tribute to the Italian craftsmanship and tailoring tradition behind it all.

“This is the first time that an exhibition showcasing film costumes depicts so extensively the creation of costumes through the eyes of seamsters and other costume makers. It makes the Glamour exhibition unique,” emphasises Curator Hannu Palosuo.

The exhibition also addresses the importance of maintaining costume making skills and related know-how and cultural history. “Costume design and the motion picture experience, and why not fashion itself, will diminish and wither if all creative work becomes digital,” adds Palosuo.

Costumes from the Tirelli collection have been seen in exhibitions and have been donated to museums around the world. Such an extensive exhibition has been very rarely seen outside of Italy, however.

The story of the costume house Tirelli Costumi and at the same time the whole exhibition is related to the economic growth and development of the film industry in Italy after the Second World War. The Cinecittà film studio attracted to Rome major international productions, and the demand generated by this was combined with Italy’s high quality, creative craftsmanship. A number of motion picture costume houses, which gained world-wide fame, were established in the country.

Umberto Tirelli (1928–1992), the founder of Tirelli Costumi, acquired excellent tailoring skills while working in opera, theatre and film costume houses in Milan and Rome. In 1964, he founded the costume house bearing his name, encouraged by renowned film directors and costume designers. Since then, Tirelli Costumi has made costumes for countless films as well as for theatre and opera productions around the world. The film directors who placed their trust in Tirelli Costumi include Luchino Visconti, Federico Fellini, Franco Zeffirelli and Pier Paolo Pasolini. Costume designers including Piero Tosi, Danilo Donati, Milena Canonero and Gabriella Pescucci have worked closely with Tirelli.

Umberto Tirelli was also a collector who, over the years, acquired an extensive collection of authentic antique costumes. The Tirelli collection currently contains around 200,000 movie costumes and 15,000 authentic historical outfits, which fill a 6,000 square metre storage facility outside Rome. All fashion periods from the 16th century to the present day are represented in the collection.

Since the death of Umberto Tirelli, the costume house has been run by business partner and friend Dino Trappetti. Numerous young costume designers have learned their trade in Tirelli Costumi. Training young people has always been an important part of the company’s work.

Further information about the exhibition: https://serlachius.fi/en/exhibition/glamour/ 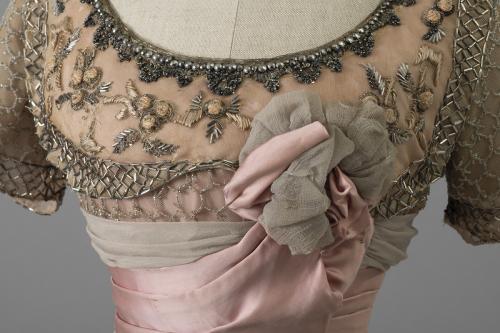