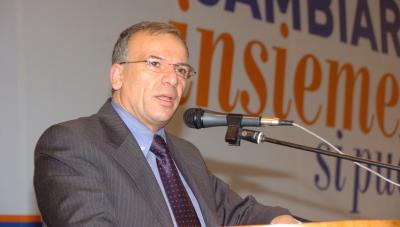 REGGIO CALABRIA –The President of the Calabria regional assembly has been placed under house arrest over alleged links to the region’s powerful ‘Ndrangheta’s Grande Aracri Mafia clan, police sources said on Thursday.

Another 19 suspects have been arrested, accused of a variety of crimes: mafia-type association; political-Mafia electoral exchange; use of money, goods or benefits of unlawful origin; illegal possession of weapons; fraudulent transfer of values; attempted extortion; receiving stolen goods; and violence or threats to a government official.

All are believed to be affiliated with or close to the historic Mafia family of Crotone, which used a wholesale medicine company in a network of 23 outlets in Calabria, Puglia and Emiglia Romagna, to launder money.

Investigators believe Tallini’s connection to the Grande Aracri clan involved the establishment of a Catanzaro-based company for the wholesale distribution of medicines.

According to Carabinieri, the politician allegedly provided the clan with support, particularly in the project’s start-up phase, in exchange for an avalanche of votes in the regional elections of 2014.

Tallini’s alleged involvement would have fast-tracked the bureaucratic process to gain the necessary authorizations to establish the company for the distribution of medicine.