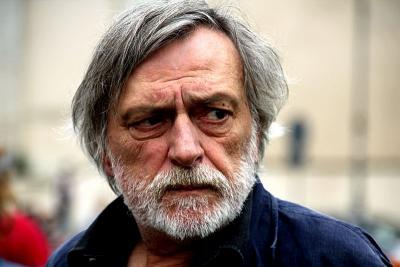 ROME – War surgeon Gino Strada has been recruited as an external consultant to help the southern region of Calabria in its battle against COVID-19.

The founder of the humanitarian NGO, Emergency, which treats victims of war, Strada will be responsible for the management of field hospitals, triage points in hospitals and giving internal support to Covid hotels.

“We have reached a joint agreement between Emergency and Civil Protection to contribute in concrete way to respond to the health emergency in Calabria. Tomorrow morning we will start working on a project to be started as soon as possible,“ Strada announced Wednesday on social media. "I thank the government for the esteem it has shown for Emergency's work and the many people who have trusted us, immediately offering their support."

For days, there had been speculation that Strada, who has set up hospitals in conflict zones, including Afghanistan, was in the running to become Calabria’s new health commissioner after two health chiefs were forced to resign when doubts were raised over their ability to manage the coronavirus health crisis, and a third resigned a day after he was appointed.

The region’s health chief Saverio Cotticelli, resigned Nov. 7 after claiming - on TV - he was not responsible for an emergency COVID-19 plan.

Then came the controversy surrounding his replacement, Giuseppe Zuccatelli, who mocked the idea of wearing masks and said people could only catch the virus by kissing “with their tongues” for 15 minutes.

"The minister called me and he didn't need to explain anything to me," Zuccatelli said. "He asked me to resign and I did. I've quit with the same speed that I accepted the job."

Outgoing head of Rome’s Sapienza University, Eugenio Guadio, was appointed Nov. 16 and quit the next day for "personal reasons."

"My wife has no plans to move to Catanzaro. A job like this should be takled with a full commitment and I have no intention of sparking a family crisis," Gaudio said.