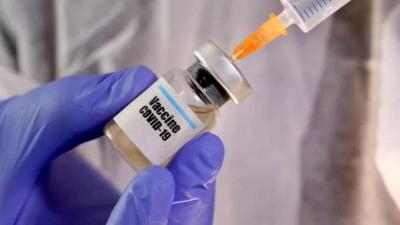 ROME – Drug counterfeiting could be the next pandemic challenge once a safe and effective vaccine against COVID-19 begins production and distribution, a senior foreign ministry official warned on Tuesday.

Giovanni Tartaglia Polcini, legal advisor to the Ministry of Foreign Affairs, fears organized crime may counterfeit Covid vaccines and put them on the market in Italy.

“In Italy alone, and just during the pandemic, 46 investigations were opened into corrupt or criminally liable conduct, and we must be very careful that similar corruption phenomena do not occur during the large-scale production and distribution of the vaccine.”

Tartaglia Policini who, in the past, has headed embezzlement investigations into Campania healthcare and was also a member of the scientific committee of Eurispes, cautions that among legitimate interests circling around a vaccine, we need to watch out for the illegitimate ones of the mafia.

“The vaccine is a drug that will be distributed globally, and globally there will be risks of criminal infiltration,” he said. “Imagine a scenario in which the vaccine does not arrive for everyone, triggering a race to get a hold of it. What damage could a criminal organization capable of supplying counterfeit vaccines cause?”

Behind the distribution of drugs “there is a chain of suppliers, transporters and stackers that is established through highly significant tenders, which is also a sector with a very high risk of corruption,” he said.

One of the areas most susceptible to widespread corruption in healthcare, he says, is the illegal jumping of waiting list queues, which, in the race to be first in line for the vaccine, could result in bribes.

“The fears are there and exist on a global level,” he said. “Fortunately Italy is a country where we try to do everything to ensure the equality of all citizens. We have a national health system that works for the universal right to health. We have a system of guarantees ensured by an independent judiciary; by mandatory prosecutions; by the existence of a free press that keeps power in check. But there are also countries where there is no strong rule of law and where corruption around the vaccine could multiply,” he said.