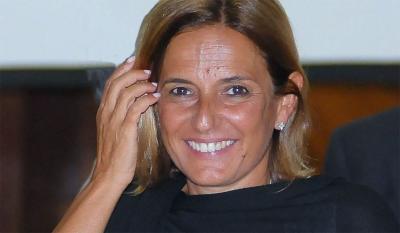 ROME – For the fist time in its 700-year history, Sapienza University of Rome has appointed a female rector.

Antonella Polimeni, 58, surpassed her rivals winning 60.7 per cent of the vote in the rector election, conducted online Nov. 10 to 13 due to the pandemic.

A professor of Odontostomatological Diseases, Polimeni takes over from Dr Eugenio Gaudio, who led Sapienza from 2014 to 2020.

Currently the dean of Sapienza’s Faculty of Medicine and Dentistry (2018-2021), Polimeni is also the first woman elected to that role.

Founded in 1303, La Sapienza is one of the oldest universities in the world.

With 11 faculties, over 120,000 students and more than 4,700 professors and researchers Polimeni will lead the largest university in Europe.

Following the appointment Polimeni underlined the "strategic" role of universities in the fight against Covid.

"Being the first woman at the top of Sapienza after 700 years is a good sign, a victory as well as an honor," she told TG1.

"There was unity in the vote, but the victory is a victory for all the students, researchers, professors and for all the health workers working in university hospitals and who are working relentlessly in the fight against the virus."

In her hefty 34-page election program Polimeni outlined her goals - "My intention is to prepare a competent, compact and close-knit government team representative of the university.

“Sapienza ... will grow further if it is able to perceive the richness of its pluralism and, if I may say, of its biodiversity, thanks to the strength of its unity taking into account its uniqueness and autonomy.”

Polimeni, who has been published in more than 470 national and international publications, said she also intends "to heal the fracture between science and society by overcoming the current serious mistrust of research.”