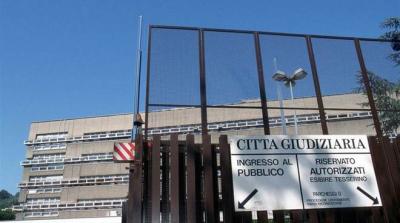 ROME — A judge at the Rome Tribunal Friday ordered the archiving of a second case brought against Italian Insider chief editor John Phillips by the Food and Agriculture Organization (FAO), accepting an investigating magistrate’s recommendation that there was no defamation of the UN agency. The judge ordered that that a second allegation by the FAO of the newspaper being a ‘clandestine publication’ also be shelved since it was baseless and in any case a question that would have been irrelevant to the FAO even if it had been true.

Judge Paolo Scotto di Luzio ruled that the articles in question written by Phillips for the Insider were accurate and "certainly of public interest."

The case was brought by the then FAO Director General José Graziano da Silva over two articles published by the Insider in 2016 concerning Graziano's links to Brazilian former president Ignacio di Silva Lula. The investigating magistrate in the case before the hearing had recommended that the defamation charge be archived on the ground that the articles were fair comment in line with the right to report the news and there was no defamation.

"They are on the contrary part of a wider press campaign of analytical content about the closeness of the plaintiff to Brazilian President Lula. who was effectively involved in the scandals mentioned in the articles."

"Any actual use of insulting expressions is excluded -- on the contrary the material is certainly public interest."

Judge Scotto di Luzio made the ruling throwing out the FAO case after a preliminary hearing was held Oct.8 at the Rome Tribunal at which Avv. Loredana Violi representing the FAO again requested that Italian Insider be closed because it had not been registered with the Rome Tribunal in 2016 when two articles written by Phillips were published.

Phillips’ defense lawyer Avv. Manrico Andreozzi had provided documentation to the office of the investigating magistrate demonstrating that the Insider was officially registered with the Rome Tribunal in 2017.

The case rejected by the GIP was the second brought against Phillips by the FAO. Phillips is appealing a conviction in a separate case last year in which he was found guilty of defaming the FAO and four other FAO executives and sentenced to pay some 60,000 euros In civil damages and legal costs. A date for the appeal has not yet been set.

Reporters without Borders has condemned the judicial moves by the FAO against the Insider saying that they are “disproportionate” and clearly aimed at forcing the closure of the newspaper.