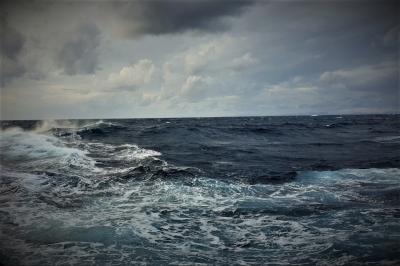 LAMPEDUSA – A small boat carrying 31 migrants capsized four miles off the coast of Lampedusa during a rescue operation, the Italian police said.

The Finance Police spotted the small boat Saturday night from a helicopter and sent a patrol vessel to assist.

But the boat overturned when the migrants shifted to one side as the Italian Coast Guard approached.

Of the 31 people plucked to safety by the coast guard, two were transferred to hospital in a non life-threatening condition.

Earlier, a boat carrying 186 migrants of various nationalities had been escorted to Lampedusa. Both groups were taken to the Sicilian island’s overcrowded migrant hotspot.

On Friday, a boat fleeing Libya carrying 70 migrants, including three babies, had been refused help by a nearby vessel.

“They are close to Lampedusa and say that a nearby boat has just left!" Alarm Phone said in a Tweet. "The authorities are informed. Will they intervene or will they let people drown this time too?”

Alarm Phone said two people on the boat had lost consciousness and the situation had worsened.

“Many people have health problems and need immediate help,” the organisation tweeted.

“We ask the Italian authorities to speed up the rescue operations: every minute can be essential!”