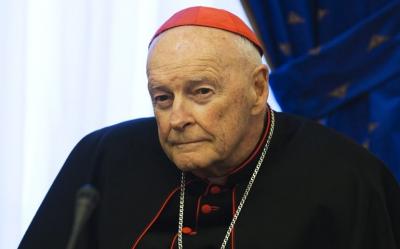 VATICAN CITY – Pope Francis vowed to “eradicate” sexual abuse in the Church following the release of an internal report on the Holy See's mishandling of allegations against former U.S. Cardinal Theodore McCarrick, he told his weekly audience on Wednesday.

“Yesterday, the report on the sad case of former Cardinal Theodore McCarrick was published," the pontiff said.

"I renew my closeness to the victims of sexual abuse and the Church’s commitment to eradicate this evil."

The Vatican’s 449-page investigation into the McCarrick scandal found that bishops, cardinals and popes attached little importance to or dismissed allegations of sexual misconduct.

The report lays blame with Pope John Paul II, who had “personally made the decision to appoint” Archbishop McCarrick to Washington in late 2000, and elevate him to cardinal in 2001, despite sexual abuse allegations.

McCarrick’s misconduct ranged from engaging in sexual activity with seminarians and sharing a bed with young adult men to accusations of pedophilia, the report said.