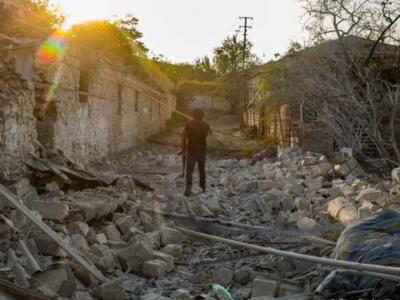 ROME – The Community of Sant’Egidio is calling for Armenia and Azerbaijan to “come to their senses,” and talk rather than resorting to violence in their bloody battle for control over Nagorno-Karabakh, where some 1,000 people have died in more than a month of fighting.

“The violence of the clashes has emptied entire areas, destroyed cities and villages; not even places of worship have been spared, in particular the Ġazančec'oc' cathedral, which was the target of senseless direct fire,” Sant’Egido said in a statement on Saturday.

Sant’Egidio community's call comes after Azerbaijan claimed to have captured Shusha (referred by the Armenians as Shushi) the second-largest city in the disputed region of Nagorno-Karabakh, South Caucasus. But Armenian forces have denied the claim, with the Pashinyan government tweeting that, “heavy and decisive fighting continues for Shushi.”

“The resumption of the war after more than 20 years of truce took place a few months after the meeting between the two Armenian and Azerbaijani leaders at the Munich security conference (February 2020) which had given hope for a different climate,” Sant'Egidio said.

While internationally recognized as part of Azerbaijan, the Nagorno-Karabakh region is populated and controlled by ethnic Armenians.

The Rome-based Christian organization said it is committed to helping both sides “overcome a war stance” and is appealing to them “to come to their senses and be aware that there is no other solution to their dispute than through dialogue.”

Sant’Egidio also urged the international community to act immediately and lay the foundations for future peace to safeguard civilian lives and religious sites, which have witnessed previous generations “in a land that has been tormented by suffering for too long.”