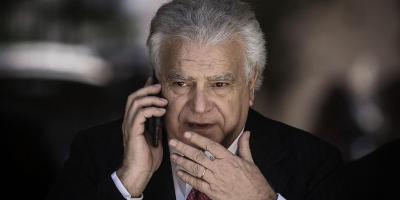 The Supreme Court found Verdini guilty in the collapse of the Florentine Cooperative Credit bank, sentencing him to six and a half years imprisonment.  But the 69-year-old, who has turned himself in to the Rebibbia prison, is unlikely to serve the entire sentence in a cell. In May, he turns 70 and can apply to see out the rest of his term under house arrest.

Considered a major kingpin in centre right politics, he was a member of Berlusconi’s Forza Italia party until switching sides in 2015, forming the Liberal Popular Alliance in support of then Prime Minister Matteo Renzi.

Verdini is also credited with matchmaking his daughter, Francesca, with leader of the far-right League, Matteo Salvini.