Nice attacker, from Lampedusa to Bari to France 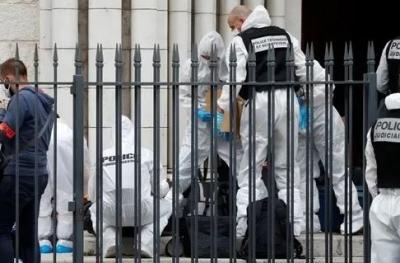 ROME – The Tunisian man who murdered three people – beheading one – in a knife attack at the Notre-Dame Basilica in Nice, had landed on the island of Lampedusa a few weeks ago and was transferred to a migrant centre in Bari before making his way undetected to France, Il Messaggero reported on Friday.

Brahim Aoussaoui, 21, landed on the Sicilian island on Sept. 20, spending 14 days in quarantine before being transferred to the Italian port of Bari on Oct. 9. After disembarking in Bari, he was ordered to leave Italy within seven days.

Anti-terrorism prosecutor Jean-Francois Ricard is investigating the alleged killer’s movements and any possible assistance he may have had in getting from Bari to France, where he became ‘invisible.’

The man is reportedly unknown to intelligence services and his fingerprints are not in the register of wanted persons.

He had no identity papers on him but he was carrying a document issued by the Italian Red Cross.

Former Interior Minister and League party leader Matteo Salvini has accused the Italian government of being soft on immigration controls.

“If it is confirmed that the attacker landed on Lampedusa in September, then went to Bari and then fled, then we will ask for the resignation of the interior minister,” Mr Salvini said.

It is not the first time a Tunisian who landed in Italy went on to commit acts of terrorism in Europe: in 2016, Anis Amri, who arrived in Lampedusa along with other Tunisians in 2011, ploughed a truck through the Berlin Christmas market, killing 12 people, in 2016, and later was shot and killed by Italian police while on the run in Italy.