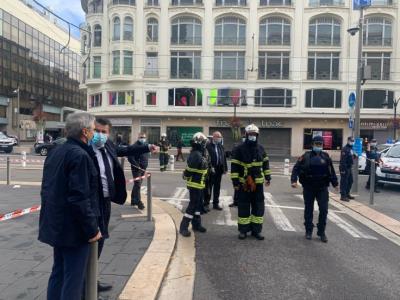 NICE – The Vatican has condemned the knife attack that left three people dead and wounded several others in the French city of Nice, the Holy See said on Thursday.

Two people were killed - one beheaded – inside the Notre Dame church and another woman was killed at a nearby shop in the Thursday morning attack, described by the city’s mayor as an act of “terrorism.”

"It is a time of pain, in a time of confusion. Terrorism and violence can never be accepted,” Bruni said in a statement. “Today's attack has sowed death in a place of love and consolation, like the house of the Lord.”

The Vatican said Pope Francis had been informed and was praying for the victims and for the violence to stop.

“He prays for the victims and their loved ones, for the violence to stop, for people to look at each other again as brothers and sisters and not as enemies, so that the beloved French people can react united to evil with good,” the statement said.

Police have not yet determined a motive for the attack.