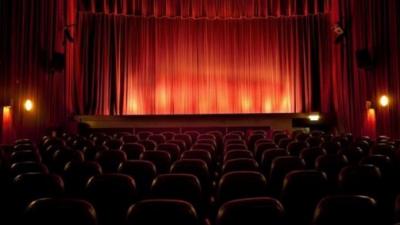 ROME – As Italy introduces its most severe restrictions since May to curb the spread of the novel coronavirus, the move to close theatres and cinemas has angered intellectuals, entertainment industry sources said on Monday.

Premier Giuseppe Conte announced the new measures including the closure of restaurants and bars at 6 p.m., as the country reported a record 21,273 cases Sunday, with 128 deaths in 24 hours.

“We must manage the pandemic without being overwhelmed,” Conte said. “If we respect the rules this month, we’ll keep the curve under control and face December and the holiday season with more serenity.”

But the closure of entertainment centres for one month has unleashed the wrath of actors, directors and intellectuals including Nanni Moretti, Pupi Avati, Gianni Amelio and Marco Bellocchio.

“The idea of closed cinemas and theatres gives me a pain so strong that I can only hope the deprivation will be as short as possible,” director and producer Marco Bellocchio said.

In a letter addressed to Culture Minister Dario Franceschini and Conte, figures from the entertainment world, including Bellocchio, write of a sector “at risk of extinction.”

"As with any business, there are often crises, but it is important, in spite of everything, to keep them alive: every appointment strengthens the future. To interrupt, to close, is really a disaster,” Bellocchio said. “As far as theatres are concerned, there is something tragic. The actors, the directors, the workers have no way out. I hope they will receive the necessary support. Minister Dario Franceschini has always shown great sensitivity towards culture."

Under the new measures, while restaurants and bars close at 6 p.m., take away and delivery services can continue to operate until midnight.

Along with entertainment centres, gyms and swimming pools must close.

Seventy-five per cent of classes at Italy’s high schools and university will be conducted online instead of face-to-face. Regional governments had reportedly asked to for all classes to be conducted online but Education Minister Lucia Azzolina opposed the move.

The new decree ‘strongly recommends’ staying at home unless you must leave to work, study or for health reasons. People are also being urged not to travel outside their hometowns and cities.

In Campania, where most schools had already been closed and a night-time curfew imposed, police used tear gas against hundreds of protestors in the region's capital, Naples.

“We need to shut everything down for a month, for 40 days,” he wrote.

But Conte has said he wanted to avoid a second national lockdown.

“We must avert a second nationwide lockdown,” he said. “That’s why we must remain vigilant and ready to intervene where necessary.”