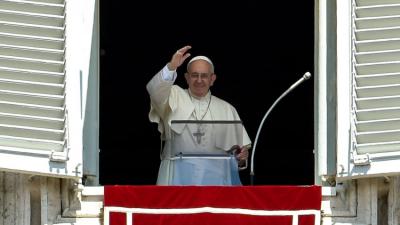 Making the announcement at the end of Sunday’s Angelus, the pope will award the ‘red hats’ at the next consistory at the Vatican on Nov. 28.

Archbishop of Washington, Wilton Gregory, a Chicago native, is to become the first African American cardinal in the history of the Catholic Church.

Almost half the new cardinals are Italians after just five of 32 had been awarded the title in the last three consistories. However, only three are under the age of 80 and are therefore eligible to vote in a conclave.

The future Italian cardinals are Monsignor Marcello Semararo, prefect of the Congregation for the Causes of Saints; Augusto Paolo Lojudice, Archbishop of Siena; and Frau Mauro Gambetti, custodian of the Sacred Convent of Assisi. Three others not eligible to vote are: the apolstolic nuncio Silvano Maria Tomasi; the preacher of the papal household Rev. Raniero Cantalamessa; and the Capitoline parish priest, Msgr. Enrico Feroci, who for nine years has been director of Caritas in Rome.

Also receiving the honour are Maltese prelate, Monsignor Mario Grech; Bishop Cornelius Sim, the apostolic vicar of Brunei; and the retired bishop of San Cristobal de las Casas, Mexico, Monsignor Felipe Arizmendi Esquivel – who is also too old to vote in a conclave.