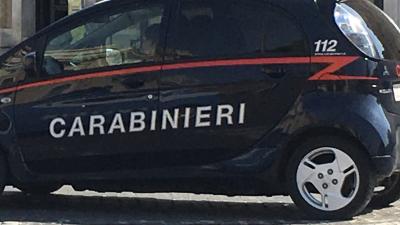 ROME – The son of a former Iranian ambassador to Italy, killed in a murder-suicide Tuesday, was under investigation for a 300 million euro shipment of arms destined for Tehran, police sources said on Friday.

Said Ansary Firouz, 68, was allegedly murdered by a fellow national and former employee at his office in Formello in Rome’s northern outskirts. Forty-seven-year-old gunman Foloty Kave, who had previously threatened Firouz with extortion, shot his former employer three times before turning the weapon on himself.

The Carabinieri of Ostia seized cell phones and PCs immediately after the murder.

Dubbed the man of a thousand lives, Firouz was the son of an Iranian ambassador who served in Italy during the 1970s.

Living with his family – wife and two children – in a villa in Olgiata, northwest of Rome, Firouz worked as a vintage car salesman. But he was also an international arms dealer.

Just days before his death the Special Investigative Department (ROS) of the Carabinieri had issued Firouz an indictment notice for international trafficking in weapons of war.

Nine others of Iranian and Italian nationality were also being investigated.

Among the arsenal of weapons sold to the Ayatollahs in Iran were the MQ-5 Hunter drone capable of dropping the GBU-44/B Viper Strike guided bomb; the Browning M2 machine gun; the AK 47; the Sako TRG M10 sniper rifle and the Tikka T3 Carabine.

Firouz was the middleman – a crucial link connecting supply with demand.

The Ayatollahs had paid 300 million euros to drone producer Gabriele Santiccioli’s Flytop, in an attempt to bring remotely piloted aircraft to their homeland. Investigators believe negotiations had focused on the MQ-5 Hunter drones – aircraft with a wingspan of nine metres and a range of 120 kilometres, capable of flying continuously for 18 hours at a height of five thousand metres. But more importantly, capable of dropping the GBU-44/B Viper Strike guided bomb.

According to the ROS Carabinieri, a second weapons delivery was due to arrive in the Islamic Republic. But, in the spring of 2017, a shipment of 5,000 pieces of armament material including the Browning M2 machine gun, the AK 47, the Sako TRG M10 sniper rifle and the Tikka T3 Carabine, never made it to its destination.

The deal remained on paper, thanks to the intervention of the ROS.