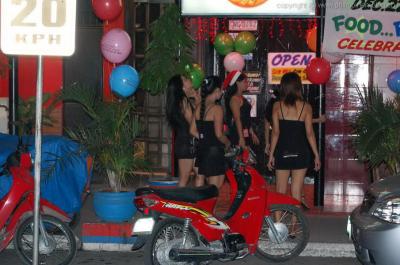 ROME -- Imagine finding out your life began as a sex transaction.

Your biological father – a western tourist who paid your mother for sex – doesn’t even know you exist. Finding him would be like searching the ocean for a lost ring.

Facing a life of poverty, you risk following your mother’s footsteps into prostitution.

But DNA technology may hold the key to breaking the poverty cycle and paving the way for justice for thousands of forgotten children of foreign sex tourists.

Co-founder of the anti-child-abuse charity Hear Their Cries Professor Andrew MacLeod is leading what he claims to be a world first experiment in the fight for the rights of a 10-year old Filipino girl known as ‘M,’ conceived as a result of a transactional liaison between her mother and biological father, an Australian tourist.

“In the Australian case there are three brothers. We matched with the uncle,” Professor MacLeod said. “The elder brother has never been to Philippines, so the father has to be the younger brother who has been [there] a lot.”

Professor MacLeod and a team of lawyers, all working on the case pro bono, have yet to make contact with the man, known as ‘P.’

If he does not consent to a confirmatory DNA test, father ‘P’ will face full court action, he said.

The case also raises questions over who is responsible for contraception.

In the Philippines, abortion is illegal and the Catholic Church instils the message that “only prostitutes wear condoms.” So many young women believe condom use is a sin.

“Some women, by far the minority, want to trap the man by getting pregnant, not realising that he will disappear anyway,” he said.

Professor MacLeod said child ‘M,’ who has been living under the care of her ageing grandmother, deserves justice.

“She has a right to know who her family is. Both parents have a responsibility to provide for her education,” he said.

This is the first of six test cases.

Western men typically travel to the red-light districts of impoverished countries such as the Philippines and Thailand to fulfil their sexual desires.

“While my personal focus is children of aid workers, [DNA tracking] is applicable globally to all types of fathers,” he said.

“When we unfold the next step in the DRC [Democratic Republic of the Congo], Central African Republic and Sudan, we expect the fathers to be aid workers.”

Father ‘P,’ a regular visitor to the Philippines, also has children from a previous marriage.

There are two avenues open for a child support order – either through the Philippines court, enforced in Australia, or going directly to the Australian courts.

“In my experience the best for all parties - mother, father and child - is a consent agreement that avoids courts,” he said.

“The innocent one here is the child and everything must be viewed through the framework of what is in [her] interests,” he said.

“I am trying to prove the technology of DNA tracing so that all abandoned children can get justice.”