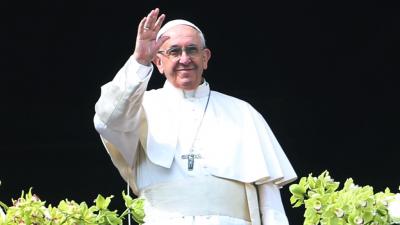 ROME - While conservatives are outraged, radical Church groups have welcomed Pope Francis’ comments endorsing civil unions for same-sex couples but have urged the pontiff to back his words with actions.

The pope threw his support behind the rights of homosexual couples in a documentary released Wednesday at the Rome Film Festival.

"Homosexual people have the right to be in a family. They are children of God and have a right to a family,” the pope said in the feature-length film, Francesco, directed by Evgeny Afineevsky.

“Nobody should be thrown out or made unhappy for it. What we have to create is a law on civil unions. That way they are covered legally. I fought for it. "

Among those praising the pontiff's comments is We Are Church Ireland, who described them as a “hugely significant step” for the pope and the Catholic Church. But the Church reform group has called for him to follow through on his comments.

“We call on Pope Francis to follow up his words with actions to introduce church blessings for Same Gender couples and to revise teaching to remove the descriptions of LGBTQ+ people as objectively disordered and their love as intrinsically evil.”