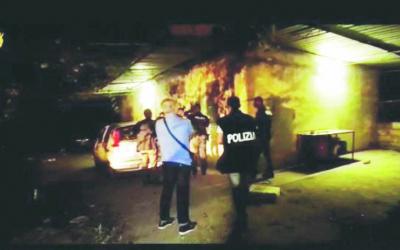 The teens were allegedly beaten and forced into sex at a villa on the outskirts of Marconia di Pisticci (Matera) on Sept. 7.

The new arrests, all from Pisticci, are the result of an investigation by the Prosecutor of Matera.

The suspects are accused of complicity in the continued and aggravated gang rape carried out by taking advantage of the “conditions of impaired defense” of two minors and continued aggravated personal injuries.

The four men have been taken to Matera prison, where their alleged accomplices are being held.

Two trap singers have also been investigated over the alleged rape.