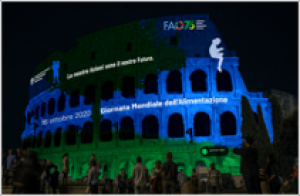 ROME -- The axeing of former EU investment guru Roberto Ridolfi from his position as an FAO Assistant Director General has left five other ADGs being held in limbo shaking in their shoes in case one of them is next to be terminated from their highly-paid positions, FAO sources say.

Earlier this year Director General Qu Dongyu's new Zimabwean chef de cabinet,  former crocodile burger salesman Godfrey Magwenzi, arranged for the ADGs to be re-located in small cubicles on the DG's floor in what was seen by some observers as an evident invitation to quit before they are terminated. Following the defenestration of Ridolfi, the other ADGs whose futures are uncertain are René Castro Salazar, Bukar Tijani, Hiroto Mitsugi, Dilek Macit and Uruguyan former chef de cabinet Mario Lubetkin.

The execution of RIdolfi, following questions about his using his position while on secondment from the EU allegedly to drum up business for his sons at the EXCO trade fair, came amid increasing uncertainty about the direction of the UN agency under Chinese management.
In the past diplomats would monitor what was happening at FAO through contacts among the staff but with most staff still working remotely from home or elsewhere outside headquarters top management has become even more opaque, the sources say.
"There's a lot of weirdness going on at FAO," a veteran UN watcher said.
"They tried to make a big splash on Friday for World Food Day, but it was much ado about nothing --  just theatrics, in very bad English on the part of the DG... totally incomprehensible."
There have been token gestures for new female appointees, the observer commented.
"But the original drips are still there (Nuthoo, Al Khafagi in the Cabinet (D-1 now), Gustaffson, flitting around to organize e the Food Systems Summit next year (who knows if the pandemic will let them have it?)"
The new FAO budget needs to be produced soon, for consideration by the PC and FC this fall and then next spring before the next Session of the Conference, where it will be adopted.
jp 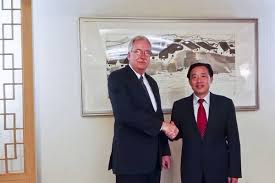