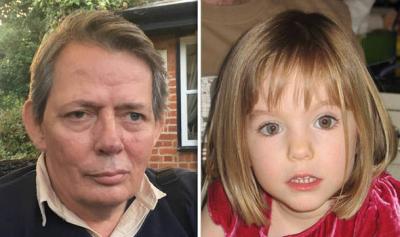 ROME – The British security company said to have received half a million euros from the Vatican at the behest of an Italian woman arrested for fraud once gave employment to a notorious conman who bilked a charitable fund set up to finance the hunt for a missing British child.

Cecilia Marogna, 39, a glamorous security consultant, was arrested in Milan last week and is awaiting possible extradition to the Vatican for alleged misappropriation of funds from the Holy See. She is accused of receiving around 500,000 euros that were paid by the Vatican's secretariat of state to a company based in Slovenia -- around half of which was later spent on luxury fashion brands -- and of proposing further payments, amounting to another 550,000 euros, to Inkerman Training, part of a private security and intelligence group based in Kent.

Ms Marogna has claimed she helped the Vatican ensure the security of its diplomatic missions in troubled territories in Africa and Asia and assisted in negotiations to secure the release of kidnapped priests and nuns.

The payments were allegedly authorised by Cardinal Angelo Becciu, 72, when he was the number two official in the secretariat of state. The cardinal, who had hired Ms Marogna as a security adviser, was summarily dismissed by Pope Francis last month from his role as head of the Vatican's saint-making department. He is accused of misappropriating Vatican funds to support the business activities of three of his brothers.

The Inkerman Group was established in 1996 to meet the intelligence and security needs of businesses and governments. It hired prestigious figures from the security world including Sir John Walker and Sir John Holmes, respectively a former Air Vice Marshal and the former head of Britain's special forces.

But in 2002 Inkerman hired Kevin Halligen, who would go on to be convicted of fraud and accused of misappropriating funds intended to support the search for Madeleine McCann, the British child who disappeared while on holiday in Portugal in 2007.  Mr Halligen's stay at Inkerman lasted little more than a year: he was fired after a spell of house-sitting for the company's CEO, Gerald Moor, during which he drank the boss's reserves of champagne and burgundy. He also caused upset by attempting a management buyout of an Inkerman subsidiary.

A communiqué announcing Mr Halligen's appointment said he came from Cap Gemini Ernst & Young, where he advised clients on the aerospace and defence sectors, and that he had 15 years experience of defence technology after being involved in the ministry of defence's "special" projects for many years.

In reality, Halligen's past was murky, especially in the 1970s and 1980s, according to Adrian Gatton, an investigative journalist and TV director who made a documentary about him. His claim to have worked for the security services in Northern Ireland was based on employment with a company that merely provided batteries for anti-terrorism vehicles.

Leveraging the kudos and contacts deriving from his Inkerman connection, he went on to form his own security company and won a contract to provide investigative services to the McCann family. He failed to deliver on his promises, failed to pay subcontractors and squandered vast sums of money on a luxury international lifestyle that included a house in Georgetown, a mansion in the country near Washington and a suite at Washington's Willard Hotel. "I need somewhere to hang my shirts," he told Mr Gatton.

"He had cuff-links made out of shrapnel. He said they were from the bomb that nearly killed him in Iraq," Mr Gatton said. "Halligen was a good talker and was a “rainmaker” who won huge contracts. He gets to hang out with these incredible people, has a genuine security company and does genuine security work, but contracts often only succeeded in spite of him, he was constantly chased for debts and, about his past, he was a fantasist, often re-telling stories he’d heard or been told by genuine spies as if he himself had lived them.”

His Walter Mitty existence reached a peak in 2007 when he "married" his American girlfriend at a lavish ceremony in Washington. It was attended by a former CIA station chief, a security adviser to Barack Obama and the former head of undercover operations for the British police and MI5. But Mr Halligen was already married, and the "priest" was an amateur actor.

"It was like a global intelligence debutante ball. And nobody knew it was fake," one of the guests told the Sunday Times.

In 2013 Mr Halligen was convicted of fraud in the United States over an operation to secure the release of businessmen who had been kidnapped in the Ivory Coast. He died in 2018 following a fall at his home, which sources who knew him attributed to his alcoholism.

It remains unclear what services Inkerman provided in exchange for "Lady Becciu's" half million euros. The payment came to light as a result of an investigation into an opaque real estate investment undertaken by the secretariat of state in London's wealthy Chelsea quarter. Inkerman has so far declined to comment.

For the moment the company provides an unlikely link, spanning two decades, between the Irish Walter Mitty of the McCann case and the Mata Hari at the centre of the latest scandal to darken the already bruised reputation of the "Holy" See.