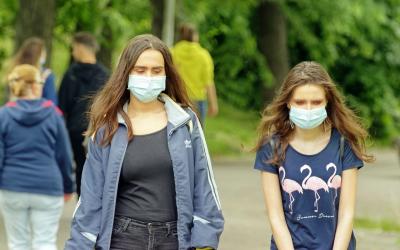 ROME – Italy has introduced a raft of new measures to curb the surge in COVID-19 cases, government officials said on Monday.

Among the new rules announced on Sunday, Italian Prime Minister Giuseppe Conte has given power to local mayors to close streets and squares from 9 p.m.

The measures, which come into effect Monday, were announced as Italy’s daily infections continue to climb, hitting a new record of 11,705 on Sunday.

“The country can’t allow another lockdown that would severely compromise the entire economy,” Mr Conte said.

All catering services (including bars, restaurants, ice cream and pastry shops) are allowed to open from 5 a.m. to midnight as long as food is consumed at tables, he said.

Gatherings at restaurants and bars are limited to six people per table but establishments without table service must close at 6 p.m. Take away, on the other hand, can be ordered until midnight.

“Local festivals and fairs are prohibited, national and international fairs are allowed,” Mr Conte said. “Conventions and congresses are suspended if they are not held remotely.”

Contact sports at an amateur level remain banned. Gyms, sports clubs and other sports centres “aimed at the well-being of the individual” have been given one week to adapt to spacing and hygiene protocols. Those that cannot comply will close.

An increase in distance learning and ‘smart working’ is aimed at reducing crowds on public transport.

An 80 per cent capacity for trains, trams and buses remains but will be revised if cases continue to rise.