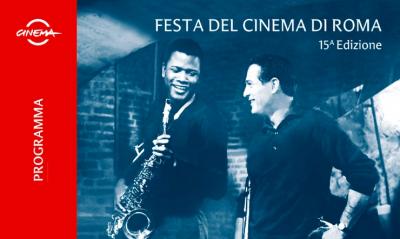 ROME – The 15th Rome Film Fest runs from Oct 15 to Oct 25 under the artistic direction of Antonio Monda and produced by the Fondazione Cinema per Roma, President Laura Delli Colli and General Manager Francesca Via. The Auditorium Parco della Musica remains the heart of the event, with its screening theatres and Red Carpet. Like every year, the festival will involve many other theatres and locations around the Capital city, from the centre to the suburbs.

“To kick off the Rome Film Fest at a moment as delicate as the one we are living through now, is the best way to respect our pact with the viewers and at the same time, to express our solidarity to cinema, from the set to the theatres, and to its workers, for the recovery of a field that involves an industry with thousands of people who are now facing difficulty,” said festival president Laura Delli Colli. Adding that, “to bring films and protagonists, in absolutely safe conditions, beyond the Auditorium into some of the city’s theatres is the best way to encourage the public to finally come back to theatres, leaving behind their fears and the difficulties that unfortunately remain part of our daily lives. We have prevailed over the complications of a Fest that is already part of the history of this difficult and dramatic year, because we wanted to be there and we are here, for all of them, and for one of Italy’s fields of excellence. Fest number 15 with a mask, social distancing, particular attention and an array of rules but, in synthesis, firmly intent on not betraying the expectations of the public and on bringing spectators back to movie theatres now and after the end of the Fest.”

Sala Sinopoli at the Auditorium Parco della Musica hosted the festival’s opening film, Soul, the new Disney and Pixar feature by Oscar®-winning director Pete Docter. The main character in Soul is Joe Gardner, a middle-school music teacher who has the chance to play in the finest jazz club in the city. A minor faux pas will project him from the streets of New York to a fantastic place where new souls are given their personalities, quirks and interests before being sent to Earth. Determined to return to his own life, Joe forges an alliance with 22, a soul-in-training who doesn’t yet understand the fascination of the human experience. While Joe seeks desperately to show 22 what makes life so special, he will find the answers to the most significant questions about our existence. The public may attend the repeat screening of the film at 8:00 pm in Sala Petrassi.

The screening has been preceded by the Red Carpet event with the Italian voice talents of Soul. The public wishing to view the Red Carpet must make an advance reservation on the website or on the Rome Film Fest App. After entering, everyone must follow the indicated path to the Cavea and stand only in the pre-marked spots.

The director Pete Docter has been the protagonist, in Sala Petrassi, of a Close Encounter on-air during which he received the Lifetime Achievement Award of the fifteenth Rome Film Fest as the Chief Creative Officer of Pixar Animation Studios.

The first day of the fifteenth Rome Film Fest featured the inauguration, in the foyer of Sala Sinopoli, of the exhibition “Il Giro del Palazzo”, which will offer a photographic and audio-visual narrative, in photos, texts, voice and sound, of the lockdown that was in place between March 9th and May 4th 2020.