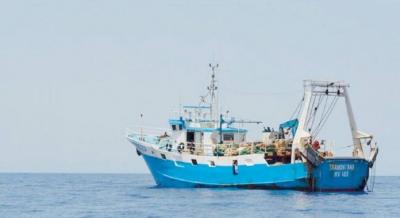 ROME – After camping outside Palazzo Chigi for almost four weeks, the families of the Sicilian fishermen kidnapped by Libya’s Haftar regime for ‘illegal fishing’ are no closer to being reunited with their loved ones and feel abandoned by Italy, diplomatic sources said on Friday.

It’s been 45 days since the ‘red prawn’ sailors accused of fishing in Libya’s territorial waters were detained in Benghazi. Their families are growing increasingly frustrated by the Italian government’s inaction. Some of them have been sleeping in tents outside Italian parliament for 25 days.

“We will not stop until our fishermen return home,” said Salvatore Quinci, the mayor of Mazara del Vallo in Sicily.

“They told me they will not give up until their sons, husbands and fathers return home. They are determined to continue the stake out in Montecitorio; they sleep there, in the rain and in the cold,” Quinci said.

Further, he said, people no longer believe the official version of the story.

“This is not the detention of 18 Italian sailors for allegedly trespassing into Libyan territorial waters, but a much bigger game in which the poor fishermen of Marzara del Vallo are used as pawns," Quinci said. "It's a kidnapping, there’s no other way to describe it. General Khalifa Haftar is using our fishermen to put himself back at the center of the international political scene. He uses them to negotiate, to ask for money and above all to be relevant again.”

Since 2014, Libya has been divided between the internationally recognized Government of National Accord (GNA) in Tripoli and the eastern-based Libyan National Army (LNA) of Khalifa Haftar.

Giornale Di Sicilia journalist Francesco Mezzapelle, who has followed fishing trawler incidents in the area for the past 15 years, told France 24 that Haftar is making a geopolitical statement.

“Haftar’s sending a message to Italy and the EU because he isn’t happy that the international community or the UN or the EU only recognize the government in Tripoli,” Mezzapelle said. “These sailors are a negotiating tool for him allowing him to increase his political weight, and in this way, be recognized on an International level.”

The ‘Antartide’ and ‘Medinea’ boats were seized 35 miles north of Benghazi for allegedly entering Libyan waters.

Owner of the Antartide, Leonardo Gancitano, was the first to raise the alarm the evening the fishermen were detained.

"From the coordination center in Rome, they reassured me that they were sending a helicopter to the area. But nobody went and our boats have been taken with all those people. Italy has abandoned us, that's the truth,” Gancitano said. “After the initial reassurances of Minister Di Maio and Prime Minister Conte, silence has fallen. Yet we have reliable sources in Libya, who tell us clearly that if only our foreign minister returned to speak with Haftar, the fishermen would be released immediately.”

Haftar reportedly ordered his navy not to release the Italian fishermen unless four Libyan footballers imprisoned in Italy were freed. But a Sicilian Court has sentenced the Libyan prisoners to 30 years in jail for people smuggling that resulted in the deaths of 49 migrants in 2015.

Di Maio said the Italian government would not accept blackmail and had contacted international actors with influence over Hafter.

"I have talked to the UAE and Russian Foreign Ministers Abdullah bin Zayed and Sergey Lavrov,” Di Maio said. “They both have influence on Haftar and we will see if we reach any results."