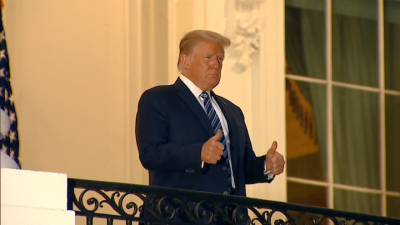 ROME – The US is a hopelessly divided, and dysfunctional country.

Let’s take a look at the American elections, which at this moment are important not only for the United States but also for the entire world. The American electoral system is a little known but disastrous system. It is also the most anti-democratic you can imagine.

On November 3, there will be elections. In these elections, everything will be decided – not thanks to the popular vote, but because of how the vote is distributed in each state – and the party that obtains the most votes wins. And all the delegates together elect the president. Smaller and poorer states have more delegates than rich and populous states.

So when you see in the Gallup polls that Joe Biden is at 53 per cent and Donald Trump at 47 per cent, that means nothing, because that’s what people think. But it is not what people feel that determines the elections, if not this system which is over 200 years old and which made sense when 50 states that had nothing to do with each other joined together. But today there are no national differences between an American living in Ohio and an American living in Wyoming. This maintains a totally obsolete system.

What is Mr Trump’s other strategy? Very easy: a Supreme Court judge has died. Contrary to what was previously said when the Republican party, which had a majority in the Senate as it has now, refused to listen to the president’s proposition to replace a dead Supreme Court judge because it was said that you could not replace anyone in an election year, now a few weeks before the elections, what happens? The Republican replaces a progressive judge who has just died. Thus the Supreme Court will have 6 conservative and 3 progressive judges. Consider that the judges are for life, so this situation will last at least for the next fifteen years and we will have a conservative Supreme Court.

What is the strategy of the Republicans? Ask all Republicans to vote in person in the polls on November 3, despite the danger of the Covid-19 virus. Democrats, who are more alert to the virus, will vote by mail. So on the night of the 3rd the results will be known and that night there will be a winner who will surely be Trump, because it will be the result of the ballot of the vote in person. The Electoral College will say, however, that these will be the provisional results, because those of the postal vote will be missing and will come in gradually.   Meanwhile Trump will challenge the mail vote saying that it is all a fraud and asking who will be the arbiter of this situation. The Supreme Court which has 6 against 3 judges will inevitably favour Trump as President of the republic. As happened in the Bush election when Gore won, one state influenced, it was open to question. Instead of asking for the votes to be counted again, the Supreme Court decided that Bush had won and Gore quietly retired, accepting the decision with fair play. What characterises democracy are the two Fs: Fair Play, and Fair Faith – that is, that you have to play according to the rules of democracy in good faith.

Starting with Boris Johnson who, elected UK prime minister with 23,000 votes, won, up to Viktor Orban in Hungary who used coronavirus to say “give me all the power because we are in an era of crisis,” and Benjamin Netanyahu in Israel who is now imposing total lock-down once again to avoid street demonstrations against him. Now what role will the fact that Trump is sick play? I personally believe very little, going by the experience of Johnson who, when he became sick, saw his popularity rise from 27 to 53 per cent, because people have a feeling of empathy with a sick person. The same happened with Jair Bolsonaro in Brazil. I believe the same will happen with Trump: that is, it will not be an important factor in the election. It remains to be seen how much the fact that Trump has 14 days of quarantine and how he will observe the quarantine – which is not a minor detail, because he is not exactly a observer of the rules – has an impact on the elections.

The United States is such a deeply divided and polarised country right now, especially with the upcoming elections, that it is a country that has lost the minimal characteristics of a democracy, which lie in the balance between legislative, executive and judicial. This has been lost in the United States and will have been lost for at least the next 15 years, in which polarisation will continue, in a country full of hate, of weapons, of people dying of drugs more than those who died in Vietnam, of people of whom one in six are under psychiatric treatment, in a country deeply divided by a series of country/city, young/old divides. From whichever angle you look at it, American society is deeply fractured and this will have a great impact on the world to come, which will be a multipolar world.

The era after the Second World War, of a certain international order where the USA was the guarantor of this order, had created and supported the creation of the United Nations for this order. This world of the USA that existed no longer exists. These United States of America no longer exist. And we will have to make sure that it readjusts very seriously if we want to preserve multilateralism and international cooperation.

Publisher of Other News, Italian-Argentine Roberto Savio is an economist, journalist, communication expert, political commentator, activist for social and climate justice and advocate of an anti-neoliberal global governance. Director for international relations of the European Center for Peace and Development. Adviser to INPS-IDN and to the Global Cooperation Council. He is co-founder of Inter Press Service (IPS) news agency and its President Emeritus.