Woman arrested for refusing to mask up 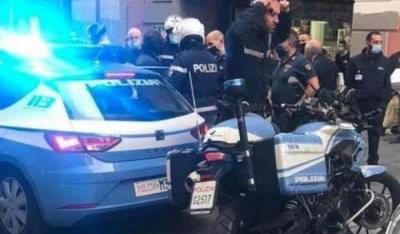 NAPLES – A woman who refused an order to wear a mask has been arrested in Napoli after striking an officer and trying to flee, police sources said.

The incident happened Tuesday in Napoli’s via Roma after two officers on motorbikes approached the woman and directed her to don a mask in line with Governor of Campania Vincenzo De Luca’s anti-Covid ordinance.

The mask mandate, which came into effect on Sept. 24, makes it obligatory to wear a mask outdoors, regardless of interpersonal distance.

Witnesses said the woman, who refused to obey the order, asked officers to show her the law requiring a mask to be worn.

The woman attempted to flee, attacking a policeman who tried to stop her.

The episode ended with the arrival of more police vehicles and soldiers who took the woman into custody.