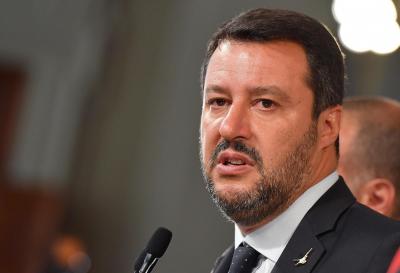 TERRACINA – Right-wing former interior minister and League leader Matteo Salvini has been urged to self-isolate after two people at a function he attended in Terracina tested positive for coronavirus, Latina health authorities said on Wednesday.

Two participants – one of the organisers of the event and the regional coordinator Francesco Zicchieri – returned positive test results for Covid-19.

“Salvini should be in isolation. It seems to me a question of common sense,” Giorgio Casati, the General Manager of local health authority ASL Latina, told an Italian radio programme.

“Better for them to stay at home? This not only applies to Salvini and Durigon, but to everyone.”

According to the rules, exposure to an infected person for more than 15 minutes, require ‘that one must remain in quarantine,’ Casati said.

Health authorities are also concerned about the League leader’s movements in the days following the dinner, including the number of people he has come into contact with.

Last weekend, he appeared before a judge in Catania, Sicily, for a preliminary hearing in the Gregoretti case on migrant kidnapping charges and abuse of power over an incident in 2019.

Should Salvini test positive “they will do a drive-in in Catania and will have to screen a few thousand people,” Casati said.

The ASL Latina director underlined that a Terracina cluster “does not exist yet.” But after detecting a few positive coronavirus cases among attendees at the electoral event, ASL is testing those who were present.

“We have to evaluate about 500 people, and after that we could possibly talk about a Terracina cluster.”