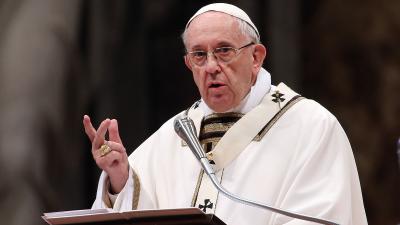 ROME – Pope Francis has shown solidarity with tourism workers, whose industry has been paralyzed by COVID-19, Italian media reported on Monday.

Nothing has brought the tourism industry to its knees like COVID-19 - not even the 9/11 attacks or the global financial crisis (GFC) had the same devastating impact.

“The pandemic has hit this sector hard for so many countries. I address my encouragement to those who work in tourism, especially small family businesses and young people,” the pontiff said Sept. 27 – the day the UN declared World Tourism Day.

The pope was echoing the concerns of the World Tourism Organisation (UNWTO), which warned the crisis is the worst experienced by the travel sector in 40 years.

Globally, arrivals of international tourists have dropped by 93% in June compared with the same time last year, according to UNWTO.

The first half of 2020 saw an overall decline of 65% with a loss of 440 million international arrivals and around 460 billion dollars in revenue. A figure equal to five times the loss recorded during the GFC in 2009.

In Italy, where foreign travellers have all but disappeared and Italians have travelled less, the tourism industry has suffered a 23 billion loss during the three summer months alone, according to farmers’ association Coldiretti.

With infections on the rise worldwide, the situation does not show any immediate signs of improvement, despite government aid to the travel sector.