WFP warns of grave economic impact of COVID on hunger 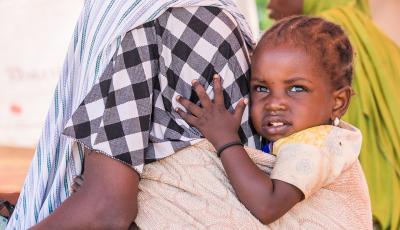 NEW YORK – “Five months ago, I warned the Council the world stood on the brink of a hunger pandemic. A toxic combination of conflict, climate change and COVID-19, threatened to push 270 million people to the brink of starvation. Famine was real. It’s a terrifying possibility in up to three-dozen countries if we don’t continue to act like we’ve been acting.

“Fortunately, since we talked about this back in April the world really listened. Donors, leaders all over the word responded, they acted. Countries large and small took extraordinary measures to save the lives of their citizens and support their economies, spending $17 trillion on fiscal stimulus and central bank support. The IMF and the G20 nations threw a lifeline to the poorest nations by suspending debt repayments. That made a huge impact.  Donors stepped up with advanced funding so we could pre-position food and move cargo earlier, as well as supporting with additional life-saving dollars. With our donors’ help, the global humanitarian community launched a huge and unprecedented global fight back against the Coronavirus.

“Along with our partners, WFP is going all-out to reach as many as 138 million people this year – the biggest scale-up in our history. Already, in the first six months of 2020, we’ve reached 85 million people.

“WFP is doing what we do best - adapting and innovating to meet the unique demands of the pandemic. Launching new food and cash programmes to support the hungry in urban areas. Supporting over 50 governments to scale up their safety nets and social protection programmes for the most vulnerable. Getting nutritious food to millions of school children shut out of the classroom during lockdown.

“Every day, we are succeeding – because of you - in keeping people alive and avoiding a humanitarian catastrophe. But we’re not out of the woods. This fight is far, far, far from over – the 270 million people marching toward the brink of starvation need our help today more than ever.

“We’re doing just about all we can do to stop the dam from bursting. But, without the resources we need, a wave of hunger and famine still threatens to sweep across the globe. And if it does, it will overwhelm nations and communities already weakened by years of conflict and instability.

“This Council made a historic decision when it endorsed Resolution 2417 and condemned the human cost of conflict paid in suffering and hunger. The resolution called for effective early warning systems and, once more, I am here with my colleagues to sound the alarm.

“Excellencies, the global hunger crisis caused by conflict, and now compounded by COVID-19, is moving into a new and dangerous phase – especially in nations already scarred by violence. The threat of famine is looming again, so we have to step up, not step back. Quite frankly, 2021 will be a make-or-break year.

“Financially, 2020 was a record year for WFP. We hit $8 billion for the first time ever - but our budget was set before the pandemic hit. Economies were strong. Reserve/emergency funds were available. But now, I am truly worried about what will happen next year. I know your governments are spending billions on domestic stimulus packages. National budgets are tight, and reserves are running low if not out. And, economies are shrinking. But I urge you – don’t walk away from our commitment to humanitarian assistance. Don’t turn your backs on the world’s hungriest people.

“As COVID-19 pushed countries everywhere to lock down, the equivalent of 400 million full-time jobs have been destroyed, and remittances have collapsed. The impact has been felt hardest by the 2 billion people who work in the informal economy around the world - mainly in middle and low-income countries. Already only one day’s work away from going hungry, in other words living hand to mouth. You and I have food in the pantry in a lockdown. We have enough food for two or three weeks. These people don’t have that luxury. If they miss a day’s wages, they miss a day’s worth of food and their children suffer.  They don’t have the money to buy their daily bread in those circumstances. This inevitably creates a risk of rising social tensions and instability.

“It is critically important we balance sensible measures to contain the spread of the virus, with the need to keep borders open and supply chains going and trade flows moving. We also have to be vigilant and guard against unintended consequences, which could hit the poorest people the hardest.  In fact, in the 80-odd countries that we’re in, we’re working with the presidents, the prime ministers, the ministers of government, literally on an hourly basis, dealing with issues that are popping up because of quarantines and lockdowns, distribution points. We’re all learning from this and making headway.

“But let me just give you a couple of examples, because a lot of people thought that the virus would be even more deadly in Africa. But it is definitely impacting Africa. We’re not out of the woods yet. And the good news is it hasn’t been as deadly but it has been devastating in other ways. For example, the London School of Health and Tropical Medicine has analysed the closure of vaccination clinics in Africa during lockdown. It calculated that, for every COVID-19 death prevented, as many as 80 children may die due to a lack of routine immunizations.

“There is a grave danger that many more people will die from the broader economic and social consequences of COVID-19 than from the virus itself, especially in Africa. And the last thing we need is to have the cure be worse than the disease itself.

“Your continued support for humanitarian programmes is critical right now. It’s a matter of life and death - literally. For millions of people in the countries being discussed today. And for many millions more in the other countries edging closer to the brink of starvation. We know that, already, there are 30 million people who rely solely on WFP for their survival. That’s the only food they get. If they don’t get the food we provide, the die.

“Let me turn to the countries on today’s agenda. In the DEMOCRATIC REPUBLIC OF THE CONGO, conflict and instability had already forced 15.5 million people into crisis levels of food insecurity. These are people on the brink of starvation. The latest assessment indicates that the upsurge in violence, coupled with COVID-19, has sent this total skyrocketing to nearly 22 million people, an increase of 6.5 million people. And I should warn you these numbers assume WFP is able to maintain current levels of food assistance. If we are forced to scale back operations, the outlook is even worse.

“In YEMEN, the world’s worst catastrophe, worst human disaster, it continues… years of conflict-induced hunger and now the COVID-19 pandemic. 20 million people are already in crisis due to war, a collapsed economy and currency devaluation, crippling food prices and the destruction of public infrastructure. We believe a further 3 million may now face starvation due to the virus.

“Because of lack of funding, 8.5 million of our beneficiaries in Yemen only receive assistance now every other month. We will be forced to cut rations for the remaining 4.5 million by December if funds do not increase. You can only imagine the impact that will have on the Yemeni people.

“The decision by the Ansar Allah authorities to close Sana’a International Airport last week has made an already impossible situation worse. As the only airport in northern Yemen, it is a critical access point for humanitarian staff.  The inability to move people in and out will hamper our efforts to stave off famine.

“The alarm bells in Yemen are ringing loud and clear, and the world needs to open its eyes to the Yemeni people’s desperate plight before famine takes hold. And that famine is knocking on the door right before our eyes.

“NIGERIA: COVID-19 is also forcing more people into food insecurity. Analysis shows measures imposed to contain the virus reduced incomes in 80 per cent of households. You can imagine the devastation with that alone.

“In the northeast of the country, 4.3 million people are food insecure, up by 600,000 largely due to COVID-19. While in the large urban area of Kano, the number of food insecure people during that lockdown period from March to June went from 568,000 to 1.5 million people – an increase of 1 million people. Very troubling.

“SOUTH SUDAN: The outlook there is similarly worrying, where even before the pandemic, 6.5 million people were expected to face severe food insecurity at the height of the lean season, made worse by the violence in Jonglei State in recent months. This has resulted in the displacement of tens of thousands of civilians, a large number of abducted women and children, and widespread loss of livestock and livelihoods. In addition, virus outbreaks in urban areas such as Juba could put as many as another 1.6 million people at risk of starvation.

“Finally, even though it is not on today’s agenda, I also want to highlight the disaster unfolding in Burkina Faso, driven by the upsurge in violence. The number of people facing crisis levels of hunger has tripled to 3.3 million people, as COVID compounds the situation…displacement, security and access problems. For 11,000 of these people living in the northern provinces, famine is knocking on the door as we speak.

“Excellencies, we know what we need to do. We have made huge strides forward in spotting the early warning signs of famine, in understanding its causes and consequences. But, tragically, we have seen this story play out too many times before. The world stands by until it is too late, while hunger kills, it stokes community tensions, fuels conflict and instability, and forces families from their homes.

“I recently learned that, in Latin America, hungry families have started hanging white flags outside their houses to show they need help. And there are a lot of them: 17.1 million severely food insecure people today, compared with 4.5 million only six or seven months ago.

“A white flag is the sign of surrender - of giving up. Well, we CANNOT and we MUST NOT surrender, or tell ourselves there is nothing we can do, because millions of people around the world desperately need our help.

“Truth is, we are all out of excuses for failing to act - swiftly and decisively - while children, women and men starve to death. Today, as humanitarians, we are here to warn you of the pressures caused by conflict and COVID-19. We must act and we must act before the dam bursts.

“But there is hope amid the turmoil. We’ve seen some bright light in the last few weeks. The peace agreement signed in Sudan and in the Middle East in the last couple of weeks gives us some hope, because peace is the key to all of this. And this is what the Resolution 2417 is all about.

“And so we need everyone on board. And so, Mr President, the governments are strapped, people are strapped financially. It’s time for the private sector to step up.

“Quite frankly, you may wonder why I am bringing this up at the Security Council. But I will take every opportunity I get to sound the alarm before it is too late.

“We need $4.9 billion to feed, for one year, all 30 million people who will die without WFP’s assistance.

“Worldwide, there are over 2,000 billionaires with a net worth of $8 trillion. In my home country, the USA, there are 12 individuals alone worth $1 trillion. In fact, reports state that three of them made billions upon billions during COVID! I am not opposed to people making money, but humanity is facing the greatest crisis any of us have seen in our lifetimes.

“It’s time for those who have the most to step up, to help those who have the least in this extraordinary time in world history. To show you truly love your neighbour. The world needs you right now and it’s time to do the right thing.” 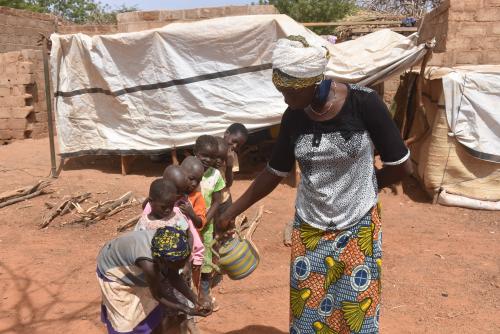