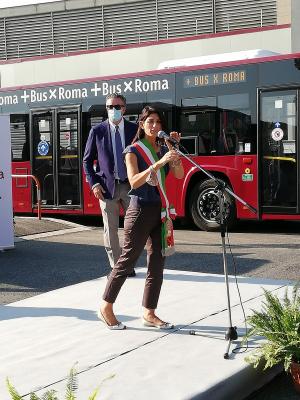 ROME – With the slogan +BusXRoma, Rome’s mayor Virginia Raggi presented the brand new ATAC buses in Saxa Rubra square, in North Rome, 30 of which are already in service in the northern area of the city, as part of the supply of 328 vehicles purchased by the Municipality. The new buses are due to serve the areas of Grottarossa, Prima Porta, Fidene, Saxa Rubra, via Flaminia and Cassia. The meeting with citizens and the press was attended by the administrator of ATAC, Giovanni Mottura, the Councillor for the City in Motion Pietro Calabrese, and, for the XV Municipality, the President Stefano Simonelli and the Councilor for the Environment, Pasquale Annunziata.

“We bring new buses to the northern quadrant of Rome to improve and speed up travel. Thanks to the new vehicles already on the street and those arriving in the coming weeks, we will be able to improve the connections between the neighbourhoods of the northern suburbs and strengthen the connection lines with the centre, guaranteeing a more efficient service for citizens and residents," said the mayor of Rome, and, in turn, the councillor Calabrese added – "Our path of renewal and strengthening of the ATAC fleet continues. This supply will also allow us to drastically lower the average age of the vehicles in the Grottarossa depot, the largest of the city, taking it from over 11 to about four years. It is an important step forward for the public transport service in a large area of ​​the capital."

Virginia Raggi claimed her management's strong commitment to the salvation of a company that, with its one billion and three hundred million debt, was practically bankrupt and which was raised to produce the last two balance sheets in surplus. For years ATAC has served the city and has to remain public. It was a total initial investment for this new fleet of 167 million euro.

Mr. Mottura specified that “these are new generation buses, equipped with advanced technologies. The goal is to give the Romans the pleasure of taking public transport, of falling in love with ATAC again."

For president Simonelli, the new buses arrive in a territory "which is a city within a city: in fact this square (that of Prima Porta) is a symbolic place: the interconnection of the city with neighbouring municipalities, the exchange between rubber and iron." The adjacent ATAC bus terminus is also one of the main stops of the Roma Nord railway used by commuters arriving from Viterbo, from the territories along the Flaminia. “When work begins on the Rome-Civitacastellana-Viterbo it will become an even more fundamental hub and interventions will be needed. These new means are already an important signal for the periphery,” Mr Simonelli said.

Over 800 new buses will be on duty by 2021, with more than half of the ATAC fleet completely renewed. For Calabrese, "These are the real facts of a capital that is reborn after decades of bad management, which obviously bothers someone a lot." The Citymoods, produced by Industria Italiana Autobus, are vehicles of modern conception, equipped with a video surveillance system, air conditioning and a manual platform for people with disabilities. On the whole, 100 buses, as part of the aforementioned supply, will arrive in the garage along the Flaminia road. 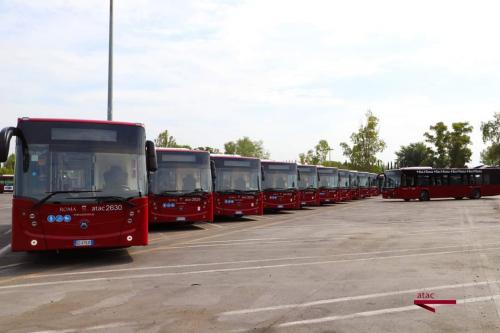 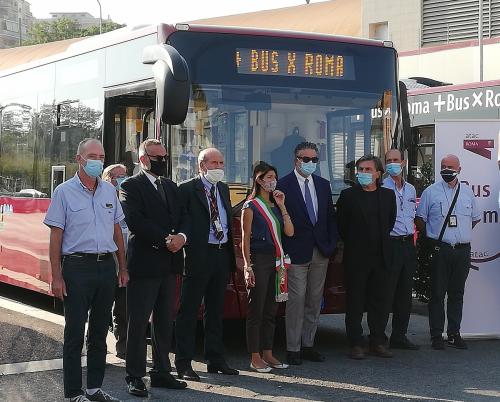